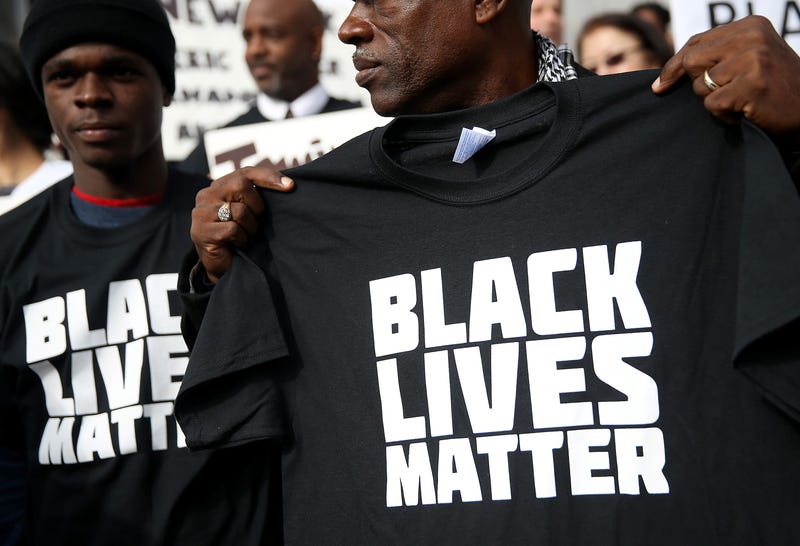 A San Francisco woman has apologized Sunday for calling police on a man stenciling "Black Lives Matter" on his own property.

Video of the incident, which has gone viral, shows a white couple questioning a man, who identifies himself as a person of color, about the art stencil he was putting on the retaining wall of his home in San Francisco's Pacific Heights neighborhood.

The man later identified himself as James Juanillo, a "proud, gay Filipino."

In the video, the woman asks if Juanillo is "defacing private property" and questions if he lives at the address, later claiming to know the person who lived there before leaving to call police.

When the couple called the police, officers reportedly didn’t even get out of their car to address the situation and left.

Backlash prompted the woman, identified as LAFACE Skin Care CEO Lisa Alexander, to issue the apology Sunday afternoon. "There are not enough words to describe how truly sorry I am for being disrespectful to him last Tuesday when I made the decision to question him about what he was doing in front of his home," Alexander said in the statement. "I should have minded my own business."

Alexander goes on to say she’d like to have coffee with Juanillo so she "can apologize in person and share a dialogue where I can continue to learn and grow and be a better person."

The viral video has also forced New York City-based Birchbox to issue a statement on their business relationship with LAFACE after social media users uncovered a connection between the two companies.

"We have not worked with LAFACE for several years and, as a result of the CEO’s actions today, have officially cut ties with them," the company said in a statement posted to Twitter. "We removed their products from our website and will not be working with them again in the future."

Much of LAFACE's online presence and accounts have been scrubbed as of Sunday morning.