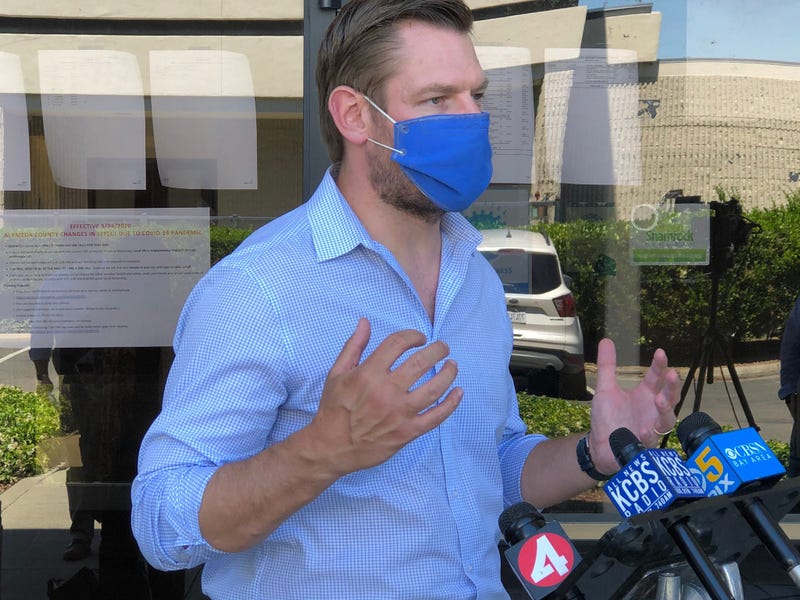 An East Bay Congressman is calling for immediate police reforms in the wake of the death of George Floyd.

After meeting with African American leaders in Hayward, U.S. Congressman Eric Swalwell is calling for reforms that would make black Americans feel safe in their own communities. His proposed police reforms include greater diversity in police departments, along with mandatory de-escalation and implicit bias training.

"Every officer should have to wear a body camera for not only their own safety but for the community’s accountability," Swalwell said.

The Congressman also believes it’s important perceived racial profiling in departments ends, asking that crime statistics no longer be kept based on race.

The House Judiciary Committee will hear testimony next week on an updated Civil Rights Act of our time. Swalwell also had a message to the protestors who continue to take to the streets across America - stay loud, but stay peaceful, and don't settle for minor reforms in American law enforcement.

"I don’t really believe we can watch another murder like that of Mr. Floyd and get through that," Swalwell said.

Next Monday, the House is also expected to take up a police reform bill.