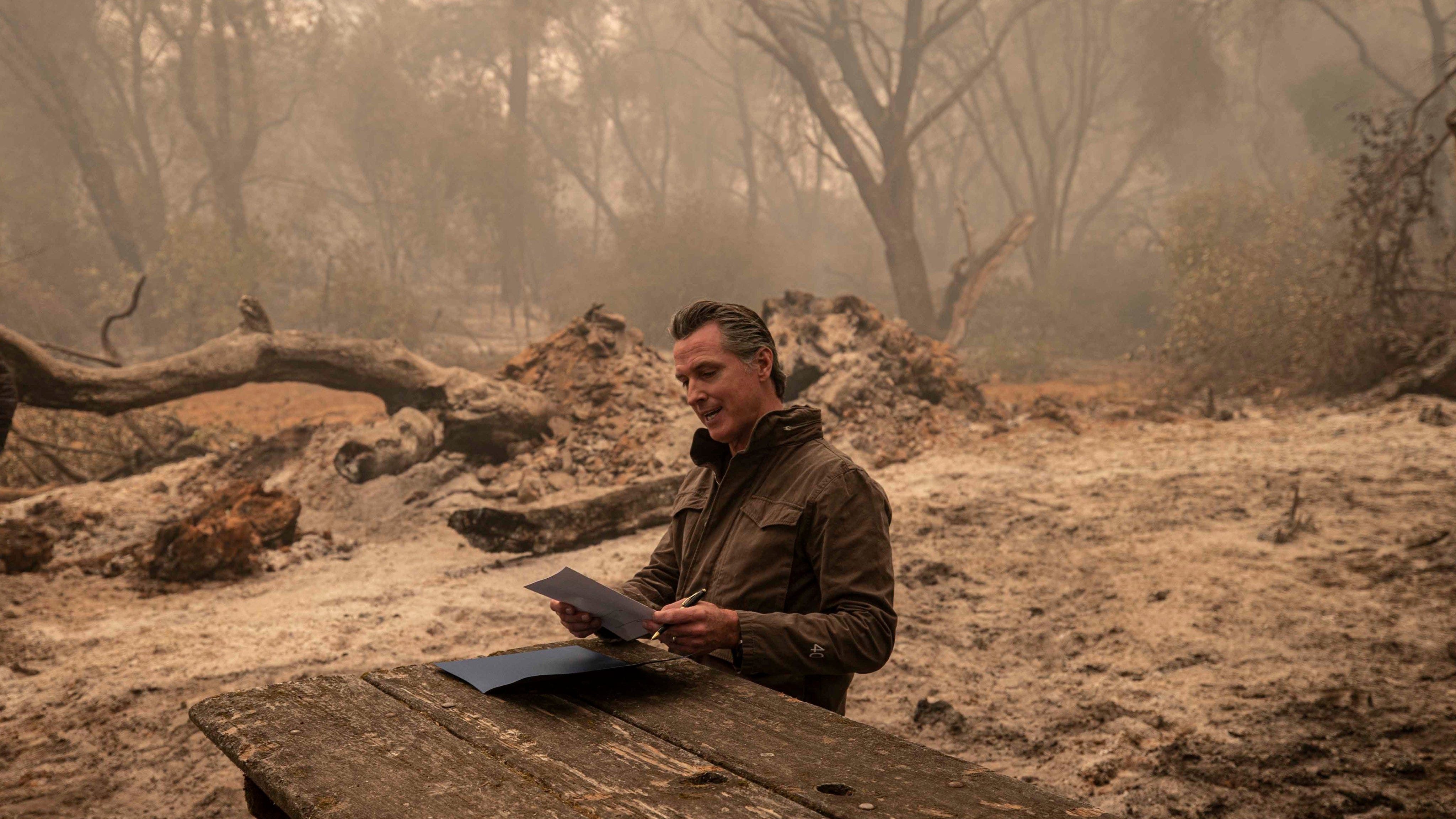 President Donald Trump and California officials locked horns Monday over the immediacy of climate change and its impact on the state’s wildfires.

The president visited the state to be briefed on a string of devastating wildfires, landing at McClellan Airport near Sacramento. Addressing reporters, Trump once again repeated his assertion that major wildfires could be prevented with more robust forest management.

"When we’re having heat domes the likes of which we’ve never seen in our history, the hottest August ever in the history of this state, the ferocity of these fires throughout five-plus years, losing 163 million trees to that drought, something’s happened to the plumbing of the world," Gov. Newsom said, appealing to the president directly.

"We come from a perspective, humbly, where we submit the science and observed evidence is self-evident that climate change is real and that is exacerbating this," the governor added.

While Gov. Newsom said he agrees that forest management is an important tool in fire prevention, he asked the president, "Please respect - and I know you do - the difference of opinion out here as it relates to the fundamental issue on the issue of climate change."

Trump responded "absolutely," but it did not take long for some tension to surface.

"We've had temperatures explode this summer... If we ignore the science and put our heads in the sand, we're not going to succeed."Trump: "It'll start getting cooler, you just watch."I wish science agreed with you."Trump: "I don't think science knows, actually." pic.twitter.com/l0xUJrbm6j

When California Natural Resources Secretary Wade Crowfoot told the president that wildfires would continue as long as the science of climate change is ignored, Trump replied without any evidence: "It'll start getting cooler. You just watch."

Crowfoot countered: "I wish science agreed with you."

Following the briefing, the president awarded the Distinguished Flying Cross to members of the California National Guard who airlifted hundreds of trapped campers to safety in a series of daring rescues last week.

Dozens of people have died this fire season as major blazes have swept across the western U.S.