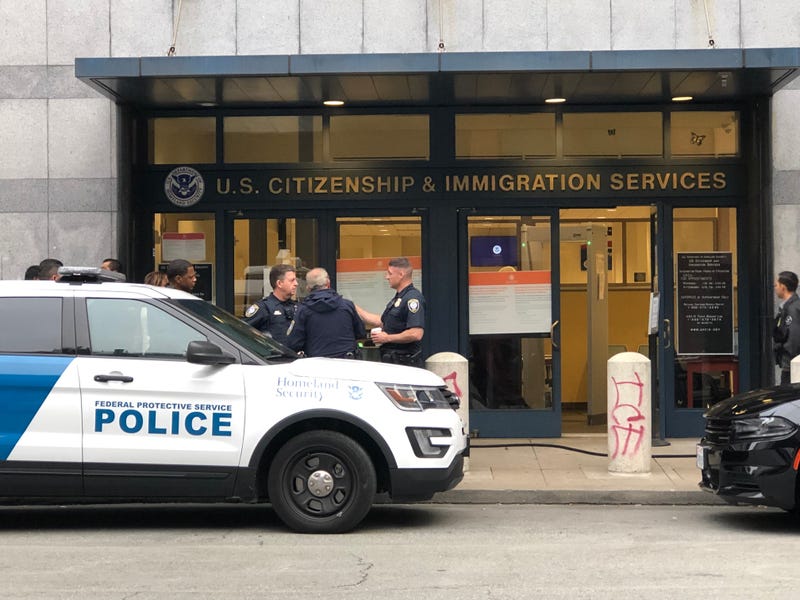 SAN FRANCISCO — A high-profile Oakland businessman, another Oakland man and a Chinese national have been charged in an alleged immigration scam that raked in $110 million and defrauded more than 200 foreigners, KCBS Radio has learned.

The bust, revealed to KCBS Radio by federal prosecutors in San Francisco, hinged on a federal program that offers green cards to immigrants who promise to invest and create jobs in the United States.

A federal indictment unsealed Tuesday accuses the three defendants of promising to create 2,000 jobs in Oakland, but instead using their ill-gotten proceeds for their own purposes, including purchasing Oakland’s historic Tribune Tower, the iconic I. Magnin building in Oakland, and other real estate.

U.S. Attorney David Anderson told KCBS Radio that Thomas Henderson, 70, of Oakland masterminded the scam. Henderson was arrested Tuesday morning and appeared before a federal magistrate later in the day.

"The Henderson case as alleged in the indictment is the largest criminal case ever charged in California involving EB-5 visa fraud," said Anderson.

Anderson said that Henderson and his co-conspirators took advantage of the controversial visa program to solicit $110 million in investments from 200 foreigners, mostly from China.

About 75 of those immigrants came to the Bay Area under the program, but now likely face expulsion back to China.

Henderson’s company, the San Francisco Regional Center, set up seven smaller companies, but Anderson said he was really running a Ponzi scheme, transferring money from one to another and creating only a fraction of the jobs he promised.

Henderson was forced to sell the Tribune Tower in 2017 when he was sued by the SEC and his holdings were placed in receivership.

The three defendants face as many as 290 years in prison if they’re convicted of all the charges.