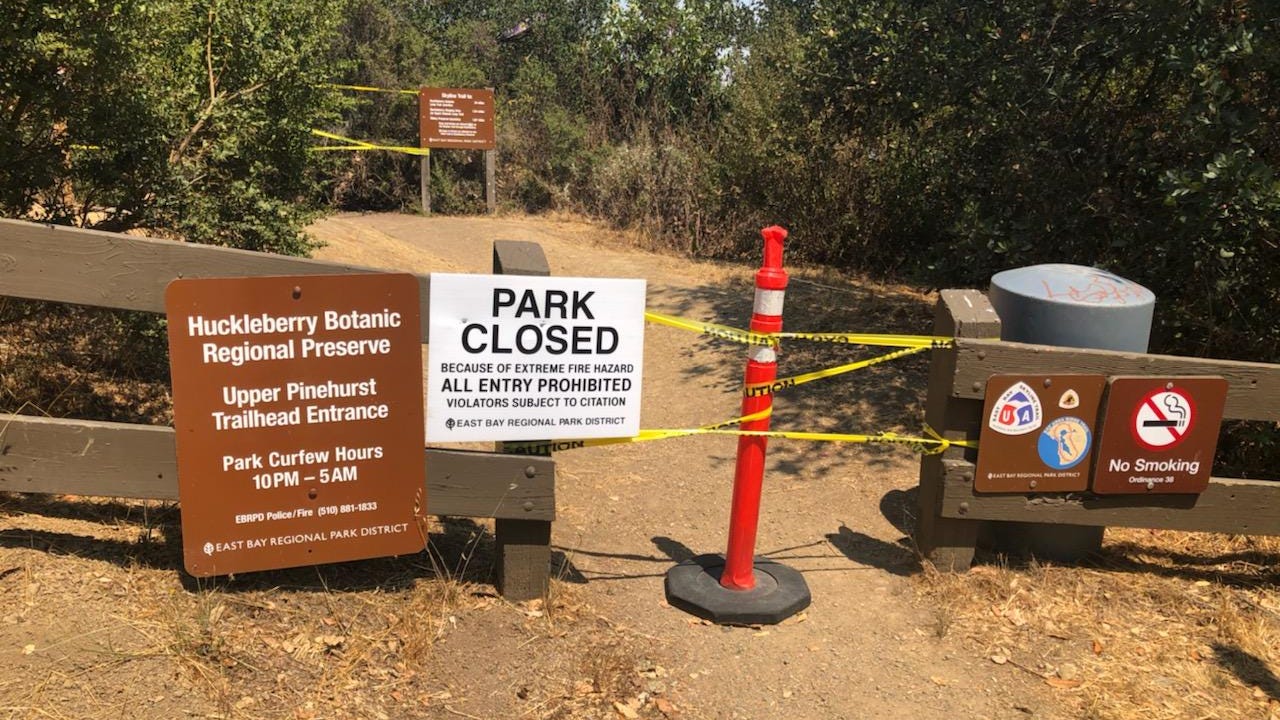 But it remains to be seen when visitors will be able to return.

"It’s almost certain that most of the really large trees, the really majestic redwoods in the forest will all survive," said Gregory Gilbert, Environmental Studies Professor at UC Santa Cruz, one of the tens of thousands of people who had to evacuate his home because of the CZU Lightning Complex fires.

Those are the same fires that blackened many of the ancient redwood trees.

Laura McLendon, Conservation Director at the Los Altos-based Sempervirens Fund, said she was stunned to watch lightning and fires roll through thousands of acres of redwood forests last week, but the forests have faced many fires before.

"Redwood forests have evolved with fire," she said. "Especially over the last 10,000 years, Native Americans burned quite regularly along our coast here and many of those fires made their way to the redwoods."

The Sempervirens Fund manages 11,000 acres of redwood forests and is already preparing for a massive rehabilitation plan. But the forest’s other tree species may need the most help.

"Redwood dominates; they do really well in recovery. We are likely to see a high mortality in other tree species like the Douglas fir, Tanoak, Madrone," said McLendon.

That could lead to a major transition in the park as different species recover at varying rates. That period of transformation could be dangerous to visitors as trees die off.

"And then over the coming year or years, they’re going to be falling. So it’s going to be a pretty hazardous place for a while, while all those dead stems and dead branches are falling," Professor Gilbert explained. "So I can’t imagine a quick return to people in the park."

The fire also destroyed much of the park's facilities, campgrounds and even the headquarters. It could be many months of rehabilitation, if not longer, before the park is safe for visitors to return.