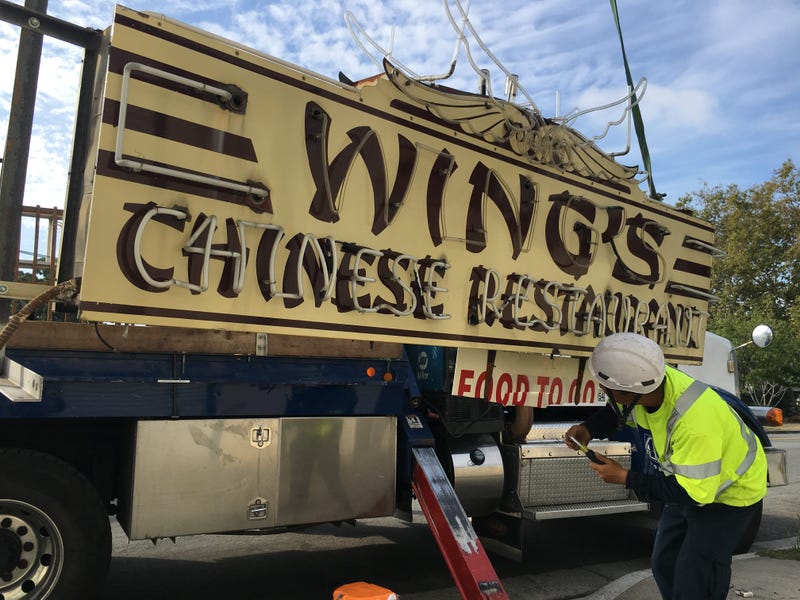 Yet another of San Jose's historic signs is coming down. The neon banner that adorned what had been the oldest Chinese restaurant in Northern California was removed on Wednesday.

Wing's, which also bore the distinction of being San Jose's oldest full service restaurant, served its last plate of Mandarin chicken when it shuttered in February.

For now, the sign will be stored at History San Jose.

Barista Crystal Rast who works at another of Japantown's historic locations, Roy's Coffee Shop, said she hopes the Wing's sign and others like it will be preserved and put on display. She cited Las Vegas' Neon Museum as a model.

"It would be cool if we had something like that for all the old signs of San Jose," Rast said. "Like a place where we could put them so people who are visiting could see it."