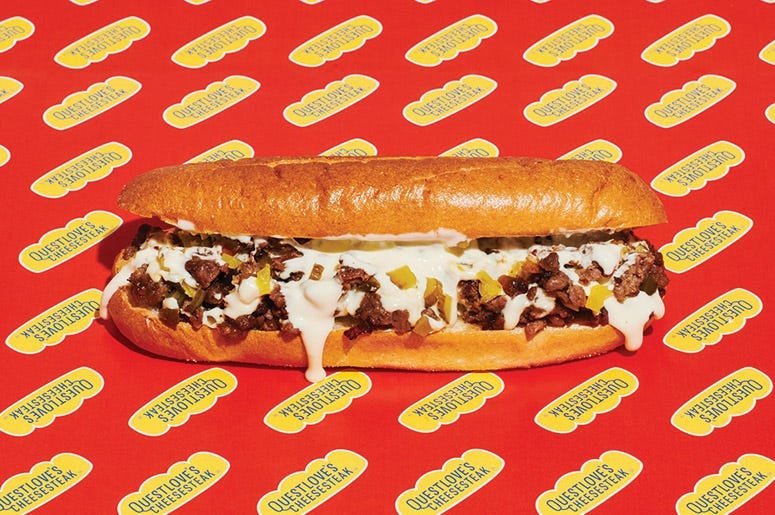 Photo credit (Impossible Foods/LiveNation)
By Bradford Hornsby, KCBS All News 106.9FM and 740AM

Live Nation has announced that they are partnering with Questlove and Redwood City's Impossible Foods to serve a meatless cheesesteak.

"Questlove’s Cheesesteak" will also be introduced on the menu at 40 Live Nation owned and operated venues across North America starting with Citizens Bank Park in Philadelphia on baseball's opening day March 28.

The meatless sandwich is not vegan as cheese is involved but it is vegetarian and sustainable the Impossible 2.0 Meat.

“We first tested out this product at our annual Roots Picnic music festival in Philly in 2018. Without any forewarning, we offered the Cheesesteak in our VIP area which was mainly populated with friends and family and no one believed me when I told them the “meat” was not beef, but plant-based. My team and I saw an opportunity to roll out the product on a much larger level. To have the Phillies and Live Nation as our initial partners is great as it speaks to my love for my hometown of Philadelphia combined with my love of music. However, the goal for this product is to create a global network of restaurants, venues, and retail locations where Questlove’s Cheesesteak can be purchased,” said Questlove in a statement.

The GRAMMY® Award-winning musician, designer, co-founder of The Roots, and The Tonight Show Starring Jimmy Fallon Musical Director is no stranger to the foodie world with his book somethingtofoodabout: Exploring Creativity with America’s most Innovative Chefs being nominated for the James Beard® Foundation Book Award for Nonfiction.