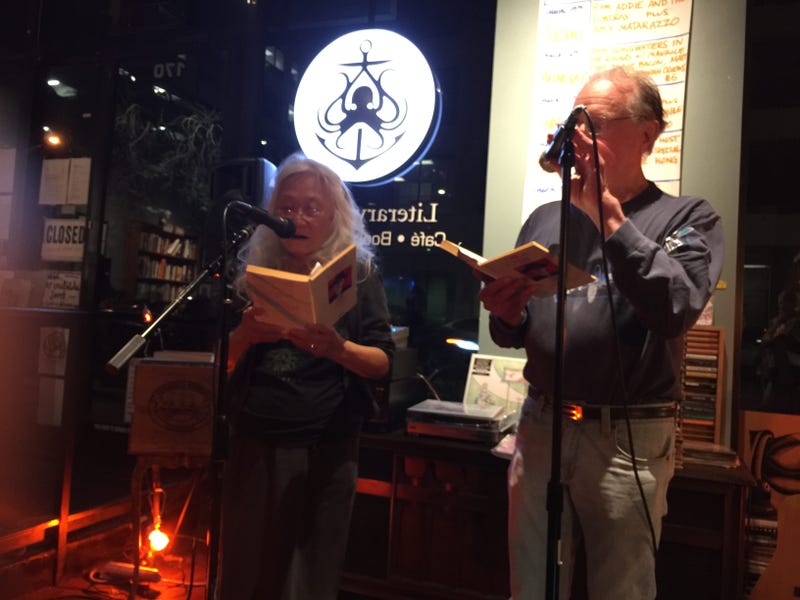 Yet another popular Bay Area arts venue is in dire financial straits and facing an existential threat, because of rising rents and gentrification. And this Sunday, the local artistic community will ride to its rescue.

For more than four years, the intimate Octopus Literary Salon on Webster Street in Oakland, in a Pandora Building storefront that used to be a Quizno's, has been a unique hybrid: it's a well-curated bookstore, a cozy cafe and a performance space for all manner of spoken word and musical acts.

Under the guidance of co-owner Rebecca Grove, the Octopus showcases local writers, poets and musicians, while also attracting national touring acts. Bill Murray has appeared there. So has Tommy Stinson of the Replacements, and Chuck Prophet.

Six days a week, and occasionally on Sundays, the Octopus hosts everything from a monthly queer poetry series to an erotica book club. Spoken word events in the afternoons and evenings are often followed by local punk or electronica shows in the later hours.

The cafe serves hearty comfort food, like sandwiches and salads, and makes its own ice cream and baked goods.

But like so many scrappy Bay Area arts organizations that struggle to make ends meet, the Octopus Literary Salon is face-to-face with the harsh reality of 2019 economics: with the surrounding Uptown Oakland area attracting big tech companies like Square, and Kaiser Permanente planning a massive office complex down the block, rents are on the rise, and sharply.

Grove and her partners are also still paying off their initial construction loan.

So the Octopus has launched a GoFundMe campaign, and Sunday, its fans will throw an "Octo-thon" on what they're calling "Octopus Day." The benefit event will bring 100 writers and a dozen musical acts to perform over 12 hours to raise money to save the place.

"It would be a real community loss" if the Octopus were to close, said salon regular Claire Calderon, who's a writer and musician in Oakland. "I spend a lot of time here individually, but also my band has performed here many times, and this is actually where my band had their first official gig."

Calderon said there are few places quite like the Octopus. "You feel that intimacy when you are here, and the care that goes into curating the space," she said. "We need to keep it alive."

Grove isn't ready to throw in the towel. She's brought the Octopus under the non-profit umbrella of a San Francisco organization to help it apply for arts grants. She worries about the void that would be left in Oakland if her intimate venue were to close its doors.

"Will there be other places to go?" she wondered. "Will there be another kind of space for the small-scale artist, the living room, the home outside the home, the public space? Is that going to exist anymore? I don't know."

If the supporters calling themselves the Octopus Preservation Committee get their way, it will, as they take over the literary salon on Sunday to try to keep the Octopus afloat.

Octopus Day is Sunday, July 21, from 10am to 10pm, at 2101 Webster Street in Oakland. Admission is free but there will be a Donation Table with a suggested contribution of $20.