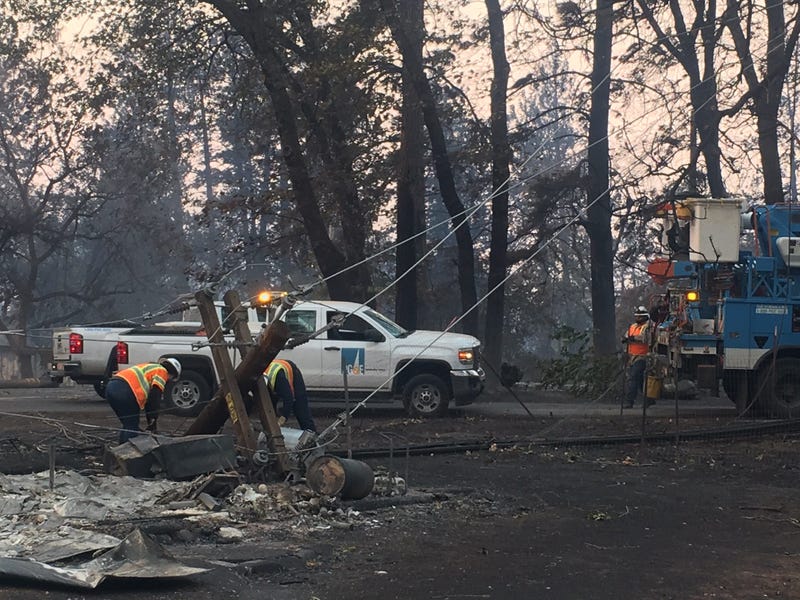 State regulators are considering new fines and penalties against PG&E after an investigation uncovered “extensive and disturbing” violations during the 2017 North Bay wildfires.

The California Public Utilities Commission is now opening a penalty case against PG&E after the agency’s Safety and Enforcement Division concluded its investigation into the utility’s role in the fires.

“SED’s report says that PG&E failed to follow industry best practices,” said the CPUC, “and that there were various deficiencies in PG&E’s Vegetation Management practices and procedures and equipment operations in severe conditions.”

In 2015, the CPUC fined PG&E $1.6 billion after the San Bruno pipeline explosion killed 8 people and incinerated a neighborhood in 2010. At the time it was the largest financial punishment levied against a U.S. utility.

State fire investigators have already found that PG&E power lines were responsible for sparking many of the North Bay fires excluding the Tubbs Fire, which destroyed huge swaths of Santa Rosa.

“PG&E’s violations during the 2017 fire siege are extensive and disturbing,” said Commissioner Clifford Rechtschaffen. “And go to basic requirements, such as the failure to maintain adequate records.”

The CPUC has now asked PG&E to report on its electrical operations and take immediate action.

The potential for more fines and penalties puts additional financial stress on PG&E after the utility filed for bankruptcy in January. That is why the CPUC has developed a financial stress test that will serve as a framework to determine the maximum amount PG&E can afford to pay in penalties without forcing it to raise rates or impact its ability to provide safe and adequate service.

The CPUC is also asking PG&E to develop a mobile app that will allow the public to submit photos and reports of problems with utility poles where they see them. Those reports would be added to a database maintained by PG&E that would include coordinates and operations and maintenance records.

“The app is our way of crowdsourcing public safety and helping reduce the risk of wildfires,” said CPUC President Michael Picker. “PG&E must develop the mobile app and the database at shareholder expense.”

But state Sen. Jerry Hill (D-San Mateo), a longtime critic of the utility, said residents should not have to aid in their own safety from PG&E.

That is why he has introduced legislation that he says "will embed within their reorganization a forced safety culture by having individuals in place to watch to make sure that they do the job right.”

PG&E said it is carefully reviewing the CPUC’s findings.