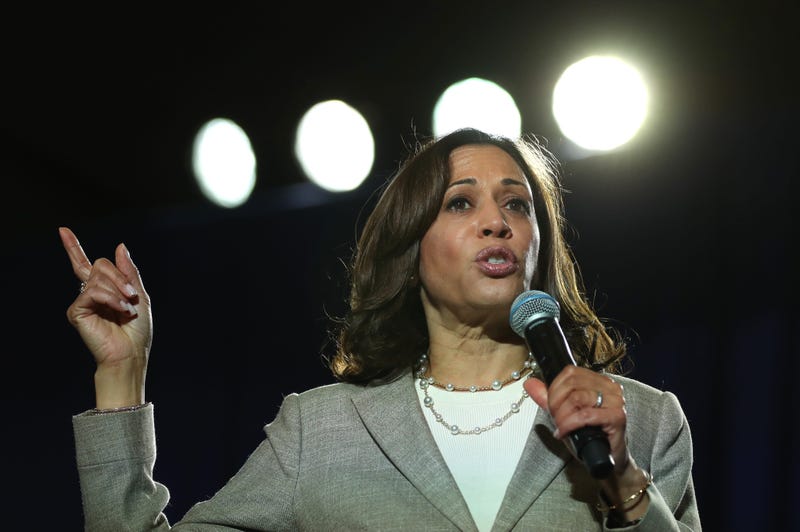 Photo credit Justin Sullivan/Getty Images
By KCBS All News 106.9FM and 740AM

A plan to decriminalize marijuana that was introduced Tuesday by Sen. Kamala Harris would likely decrease the amount of tax revenue collected by the federal government, an expert predicted.

Harris' proposal would impose a 5% federal tax on pot to pay for new social justice program. Her legislation would also extend significant income tax deductions that have been unavailable to business people in the cannabis industry, because of federal prohibitions on the drug.

"There's actually a really big income tax cut in here," said Carl Davis, research director at the Institute on Taxation and Economic Policy. "My expectation is that the cannabis industry would come out ahead under this bill and actually pay less in tax."

"They are not able to get access to really basic income tax deductions," he said.

The 5% tax Harris and co-author Rep. Jerrold Nalder (D-N.Y.) propose is "fairly low" compared to federal levies of about 15% on cigarettes and state taxes on recreational marijuana, Davis said.  He also pointed out the proposed pot excise tax is based on the price of the product, which Davis expects to decline over time. Cigarette and alcohol excise taxes are levied per cigarette or per gallon, meaning they are not linked to the retail price.

The legislation also calls for expunging the records of people with criminal convictions for weed-related offenses.