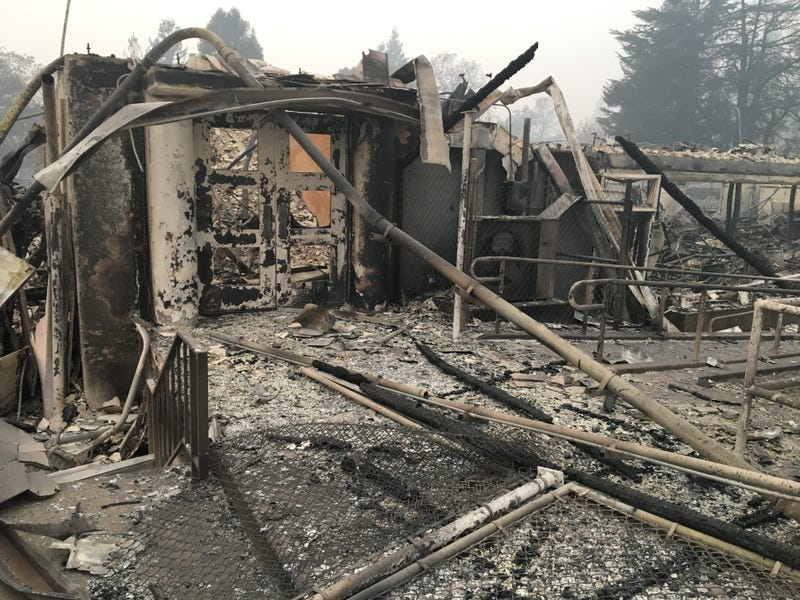 KCBS Radio won two prestigious awards on Tuesday for its coverage of the Camp Fire that blazed through Butte County last year.

Reporters Holly Quan, Jenna Lane, Veronica Carter and Megan Goldsby, who produced numerous stories about the most deadly and destructive fire in California's history, won the Gracie Award in the category for crisis coverage and breaking news from the Alliance for Women in Media Foundation.

The foundation also selected Lane as the winner in the local radio category for her hard-news feature, "Escape from the Camp Fire," about the experience of a married couple and their neighbor as they tried to flee.

Within the first hour of the Camp Fire igniting in Paradise on November 8, KCBS Radio was on the air with live coverage of the hellacious conditions facing Paradise residents who fled from a wind-driven wall of flames. By the time the fire was extinguished later in the month, it had killed 85 people and destroyed more than 18,000 buildings.

Quan, Lane, Carter and Goldsby collectively spent weeks in evacuation shelters, at fire base camp and in the recovery zone, collecting voices and weaving them into compelling tales of loss and heroism.

"These four reporters represent the very best of what KCBS does during breaking news,” said Gregory Nemitz, a senior vice president and market manager for Entercom, KCBS Radio's owner. "They were fearless and intrepid on the scene of a local crisis. We are incredibly proud of the team and are thrilled to learn that AWMF has recognized their talent and exemplary work.”

The awards will be presented at a ceremony on June 26 in New York.

Listen to the award-winning selections below.