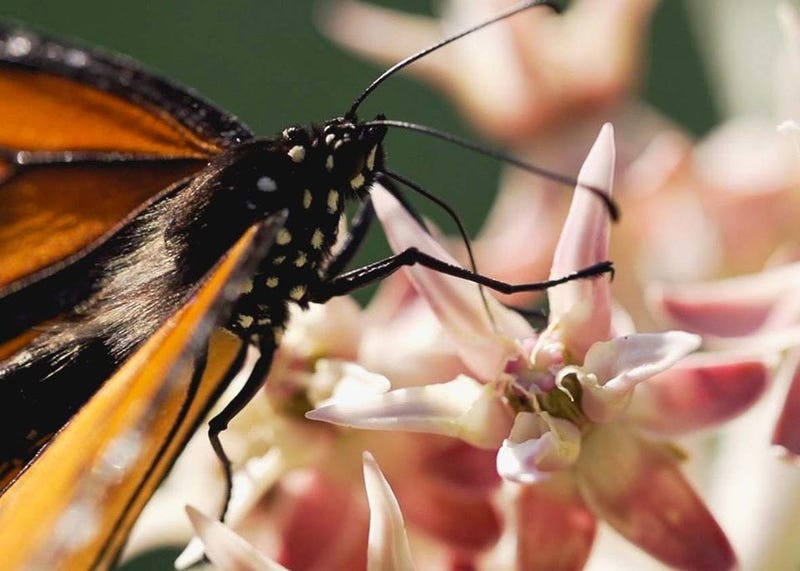 The monarch butterfly has returned to Yosemite National Park, according to rangers who say the endangered insect has been spotted in several locations around the park.

The butterfly has become such a rare sight that some who study the species are skeptical about its reappearance in Yosemite.

“I have my doubts that they’re really monarchs,” said UC Davis entomologist Art Shapiro. “I have not seen one monarch caterpillar in California this year.”

The orange and black butterflies can be identified by the white dots that cluster in the black margins on their wings, Shapiro said. The caterpillars have yellow, black and white stripes.

Monarchs are in Yosemite! This is great news because populations have been drastically declining over the years. With funding from @YoseConservancy and help from volunteers, we've worked to restore their habitat! Help monarchs by staying on the trail and off of meadow resources. pic.twitter.com/744PSvEMt8

But Yosemite officials said the park has been doing its part to protect monarch habitats and create a safe haven. The butterflies rely on plant life that is native to the park, in particular the milkweed plant. “The fact that we’re seeing a lot of monarchs this time of year is a good sign that meadow habitat is coming back,” said Richards.

Park officials are asking the public to do their part to protect the butterflies by staying on designated paths to avoid trampling their habitat.

“When you see butterflies, particularly close to the roadways, slow down and give monarch butterflies a chance,” said Richards.