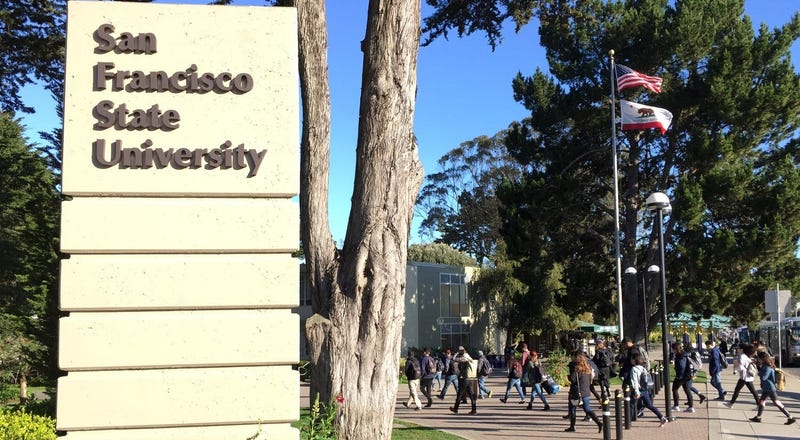 SAN FRANCISCO (KCBS Radio) -- A series of text messages and automated telephone calls from San Francisco State University officials led to widespread confusion and anger Thursday morning.  The messages began in the predawn hours, saying classes would be canceled due to power outages.

And then they weren't.  By 7:30 am, campus officials reversed course, advising students and staff that classes would be held at the main campus, the Downtown Center, and the Estuary and Ocean Science Center in Tiburon.

Others were frustrated at the reversal, pointing out the lengthy commute endured by some students to reach the SF State campus on the western edge of San Francisco.

sfsu giving me whiplash this morning