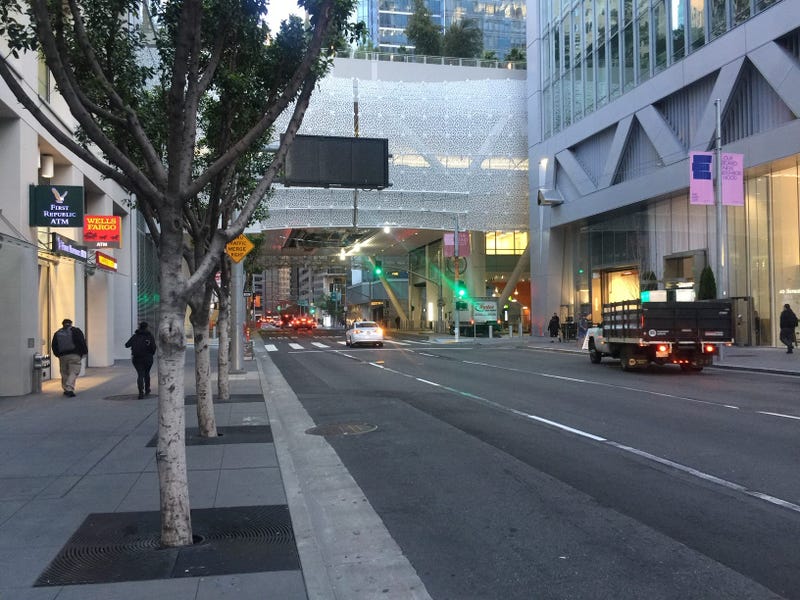 SAN FRANCISCO (KCBS Radio) -- From street level, the Salesforce Transbay Transit Center looks like it's ready to resume service. But officials say they are not yet ready to schedule a ribbon-cutting ceremony.

A milestone was reached this week when crews removed the support bracing that had been placed under the portion of the transit center spanning First Street. They had earlier removed similar bracing on Fremont Street.

The re-opening of the massive transit center awaits certification of the repair work by an independent peer review panel commissioned by the Metropolitan Transportation Commission.

There could be a glimmer of hope for those who enjoyed the transit center's rooftop park before the discovery of cracked beams forced the closure of the entire $2.2 billion facility in October.  It's possible the park could be open before buses return to the transit bays. "If we can open the park earlier, we will do that," said Falvey.

While work on the cracked beams proceeded, the park was undergoing its own repairs. Crews removed deteriorating decomposed-granite pathways and replaced them with new material.