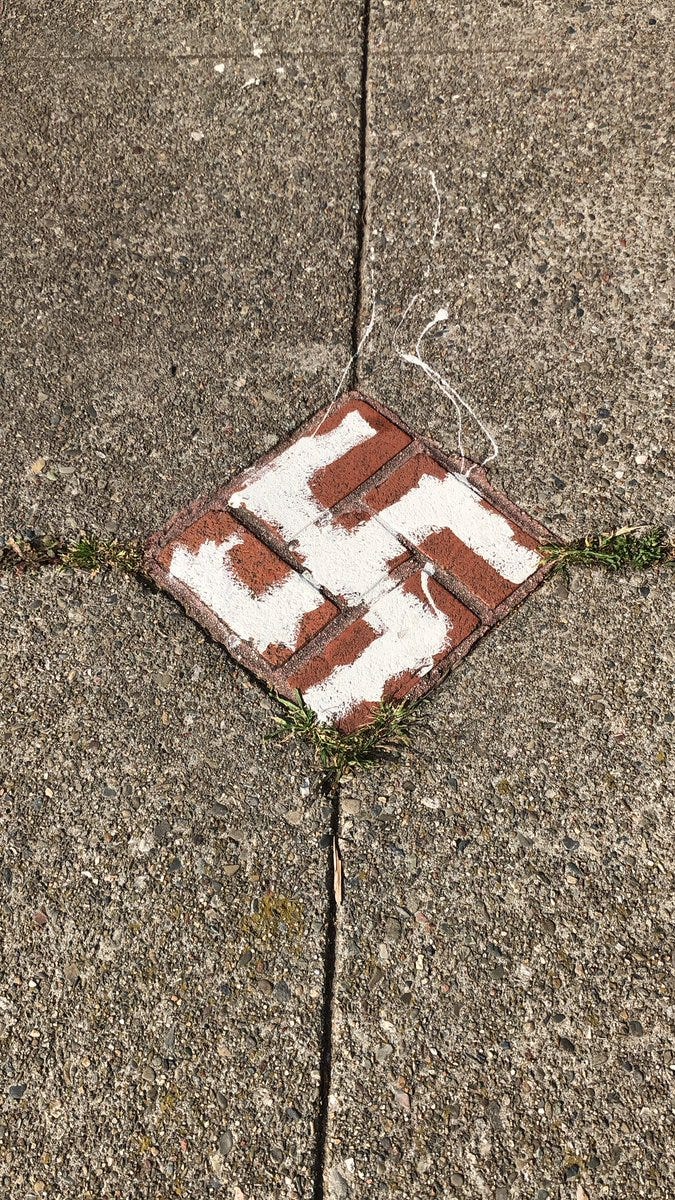 Photo credit Maz Szabo/Twitter
By Megan Goldsby, KCBS All News 106.9FM and 740AM

Max Szabo, a spokesman for the San Francisco district attorney's office, reported seeing the symbols of hate to police after he stumbled across the graffiti during a walk through the park on Monday.

"It was chilling to see this ... I mean this is a neighborhood and community that is incredibly inclusive, and to see what is the ultimate symbol of evil and hatred and murder, frankly, having been painted all over the sidewalk was really disturbing," he said.

The appearance of the graffiti hit Szabo especially hard, given his family history.

"My grandparents were Holocaust survivors. My grandmother saw her mom, her dad, her grandfather and her 10-year-old brother walked into the gas chambers," he said.

San Francisco Department of Recreation and Parks jumped into action as soon as they got word of the damage from police.

"We immediately called our paint shop, and they arrived within minutes to clean up the approximately 13 swastikas painted across the park," said Rec and Parks spokswoman Tamara Barak Aparton.

"We'll never allow something like that to just stand on park property. Our parks are places of peace and respite where people go to have good times with their families," she said. "These vile symbols of anti-Semitism and hate have no place in our parks, they have no place anwhere."

Szabo is concerned that people who spread hate seem to feel that this kind of behavior is acceptable.

"I know that we've seen an increase in the number of hate crimes. I'm really, really worried, that people feel that, because they're seeing someone like our leaders do this, they somehow think that its okay to act this way, or put these kind of symbols out there," he said.