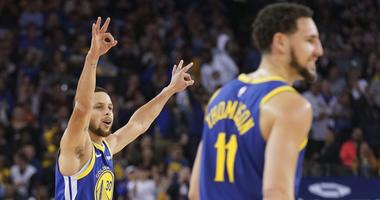 Now that the era of the Golden State Warriors at "Roaracle" is over forever, many people are asking what's next for Oakland's Oracle Arena.

The short answer: nothing specific yet, but there are plenty of balls in the air.

Oakland Mayor Libby Schaaf told KCBS Radio she's excited about the arena's future and for the future of the East Oakland neighborhood that surrounds it.

Oakland's baseball team, for one thing, is still in the picture. They've made an offer to buy Alameda County share of the property that includes the Coliseum and Oracle Arena.

"They have future plans for the area. It is one of the most valuable pieces of land in this whole city," said Schaaf. "One of the best as far as access to public transportation, and we are excited to see some plans that are probably going to be better for the immediate neighborhood: affordable housing, recreational opportunities for local kids, not just for professional sports teams."

The A's have also talked about bringing shops, hotels and restaurants to the area, which has lagged behind other parts of the city in commerical development.

"So, future plans for this area look very exciting, but I think it will be awhile before we see any major changes to that arena," Schaaf said. "It is well used now, and there is no reason to believe it won't be well into the future."

Schaaf stressed that basketball games aren't the only events Oracle Arena has hosted.

"Oracle already is one of the most successful concert venues in the whole country. We see no reason for that concert business to slow down, and in fact, it will have an opportunity to expand," she said.

But no matter what the present and the future hold, Schaaf didn't deny that watching the Warriors leave Oakland is heartbreaking.

"This is a day that I have known was coming since I became the mayor of Oakland, but that doesn't make it any less sad," she said. "You know as an Oakland native, as a girl who grew up with this, driving by that arena, even though I couldn't afford a ticket, I knew my team played there.

"It's hard to say goodbye, especially with this team, this dynasty, a team that really has that Oakland ethos," Schaaf continued. "They grind, they're resilient, they punch above their weight, they were underestimated. They're really just showing the world that they perform well not just on the court, but also off the court. They care about social justice issues, they're out in the community being great role models for kids."

The Warriors aren't severing ities completely with Oakland. The Warriors Community Foundation will remain based in that city, even as the team moves across the Bay to the new Chase Center Arena in San Francisco next season.