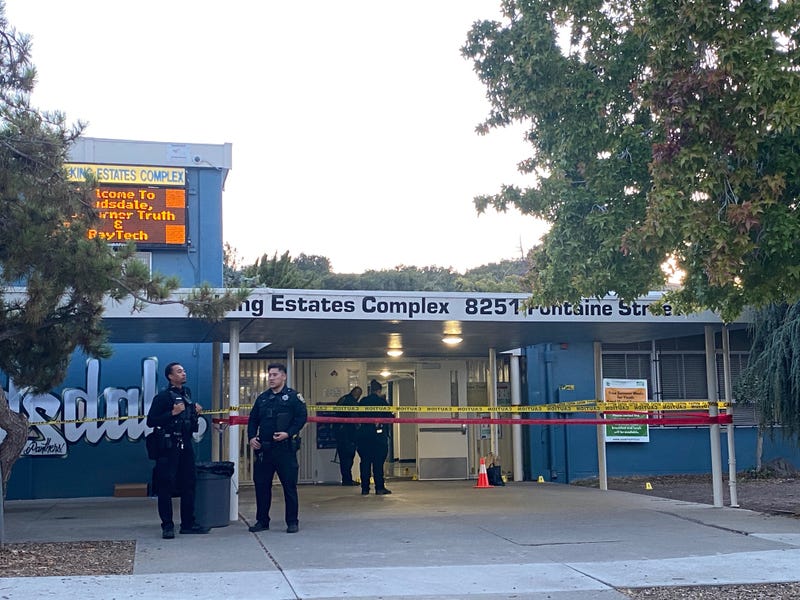 Police on the scene at the King Estates Complex in Oakland the evening after 6 people were in injured in a shooting on the campus. Photo credit Megan Goldsby/KCBS Radio
By Edie Frederick and Megan Goldsby, KCBS Radio

Police at approximately 12:45 p.m. responded to a shooting on the 8200 block of Fontaine Street in East Oakland.

Assistant Oakland Police Chief Darren Allison said that all six victims are over 18-years-old and were treated at Highland Hospital. Two victims remain in critical condition as of Thursday morning. Out of the other four, one was released from the hospital, two others were expected to be released and one had non-life threatening injuries.

All six victims were affiliated with Rudsdale Newcomer High School in some way, but Allison would not say if they were students, staff or contractors. Two of the victims may have been carpenters caught in crossfire.

Oakland Police Chief LeRonne Armstrong said a briefing on Thursday that one of the victims was a school safety ambassador.

The students from all four schools were all reunited with their families at a nearby church.

"Today's gun violence at Sojourner Truth school shocks the soul," Oakland Mayor Libby Schaaf wrote in a tweet. "The unbridled access to firearms in our country is inexcusable."

Police continue to search for at least one shooter and determine a possible motive.

All four schools on the campus have been closed on Thursday.

Both the eastbound and westbound Keller offramps from Interstate-580 were shut down due to the shooting. 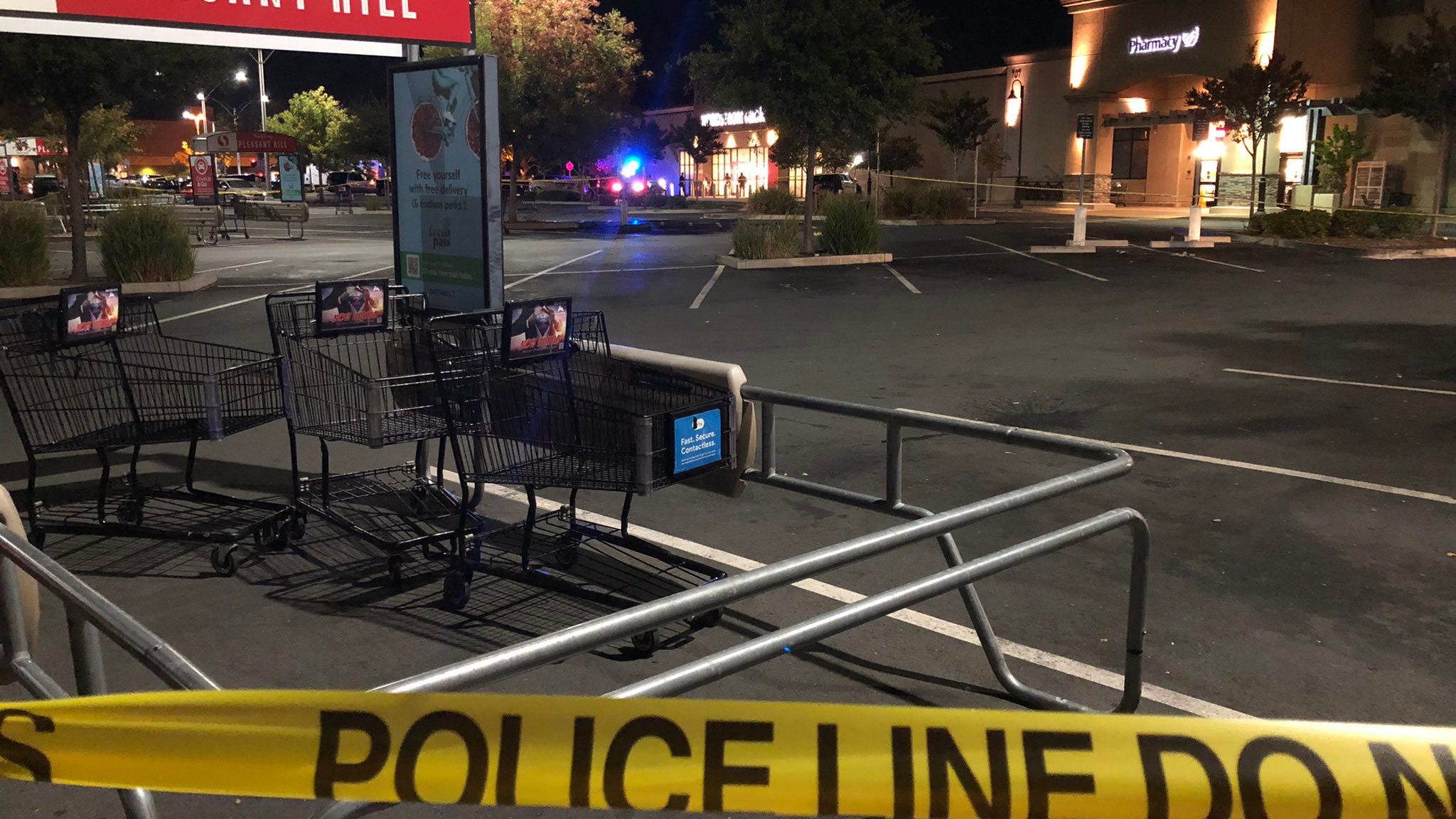