Activists painted the street Thursday afternoon in Oakland with a message about the importance of voting and democracy in a pre-protest, of sorts.

The colorful, vibrant mural can be found in downtown Oakland on 14th St. between Clay St. and Jefferson St. Volunteers used giant stencils to plan out and paint the message "Choose Democracy," while others stirred up paint. 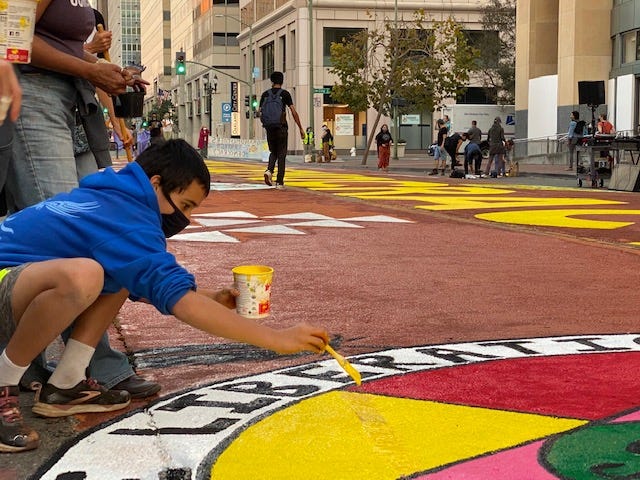 Kimi Lee, a volunteer with Bay Resistance, told KCBS Radio it’s a gathering ahead of what she said could be a long fight. "Today is about defending democracy," Lee explained. "We know this election is not going to be settled on Tuesday, so we’re kind of putting the message out there that we want folks to count every vote and defend democracy."

Much of it was created using Bay Area clay from local tribal land. 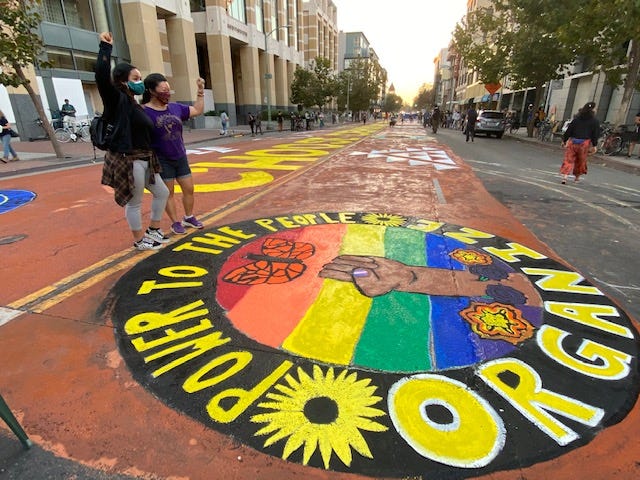 "The idea being that all the paint is non-toxic," Lee said. "It’s water-based paint. So it’s safe. Kids use it all the time. The idea that we are painting this mural to build community, build spirit, but as it washes away it’s okay."

What will last longer than the actual street mural is the message to those helping paint it and those who will see it, according to East Point Peace Academy Founder Kazu Haga.

"You know I think that a lot of people are sitting with anxiety over what might happen on November 4," Haga said. "We wanted to let people know that we actually don’t have to wait to see what happens and then react. The more we can start to gather, the more we can deepen our own relationship, the more we will be ready to respond to whatever happens on November 4." 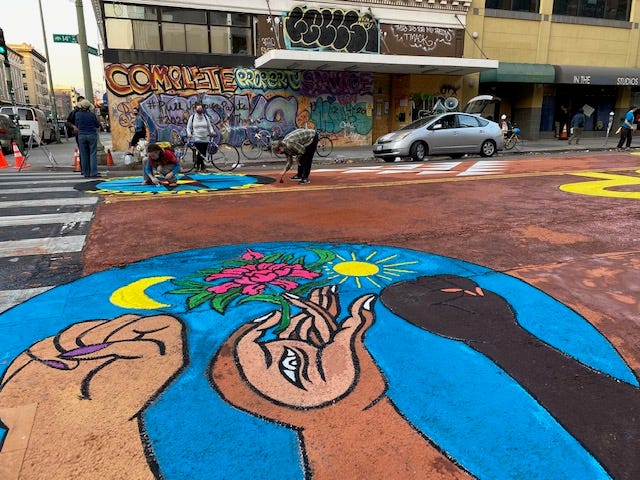 The mural was created using clay from tribal lands in the Bay Area, so it will wash away in an environmentally-friendly way during the next rain. Photo credit Megan Goldsby/KCBS Radio

Activists did not have a permit to paint the street, however, Oakland has a history of non-permitted activities of this kind.