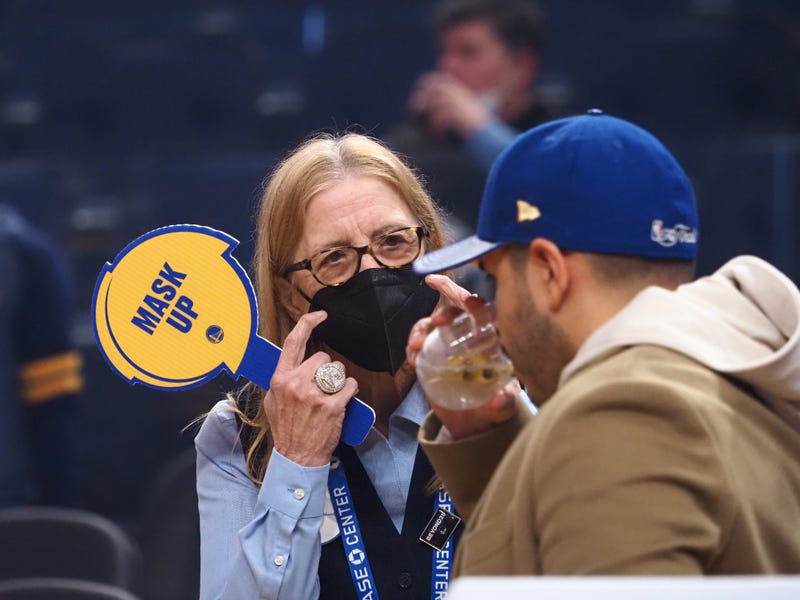 A Chase Center employee asks a fan to put their mask on before the game between the Golden State Warriors and Denver Nuggets at Chase Center. Photo credit Kelley L. Cox/USA TODAY Sports
By Marcus White, KCBS Radio

Health officers in eight of the nine Bay Area counties, as well as their counterparts in the City of Berkeley and Monterey, San Benito and Santa Cruz counties, recommended in a statement on Friday that people wear masks indoors, "keep tests handy" and receive a booster dose of the coronavirus vaccine when eligible. Solano County didn't endorse the statement.

Officials did not reinstitute mask mandates for public indoor spaces, which a number of counties first implemented last summer amid a spike in cases stemming from the delta variant's spread. All of the Bay Area counties lifted those mandates by the beginning of March, and a federal judge in Florida overturned the U.S. Centers for Disease Control and Prevention's order requiring masks on public transportation and airplanes the following month.

Public health officials on Friday said they continued to strongly recommend mask-wearing, but they didn't require it as the region surpasses infection rate from last year's delta wave due to the spread of "highly contagious" omicron subvariants.

"If you've chosen not to wear a mask in indoor public places recently, now is a good time to start again," Dr. Gregory Han, the Santa Clara County Public Health Department's deputy health officer, said in a release on Friday.

Han added that "layers of protection," including a high-quality mask, "reduces the risk to you and the chance you’ll infect others."

Officials said actual case rates are higher than what's being reported due to the prevalence of at-home testing, the results of which often aren’t logged with local public health departments. Dr. Bob Wachter, Chair of UCSF's Department of Medicine, told KCBS Radio's Holly Quan and Jason Brooks that Bay Area residents need to be "clear-eyed" about their infection risks at this time.

"There’s a lot of COVID going around," he said Friday morning. "And if you're going into a crowded indoor space or going on an airplane and you're choosing not to wear a mask, just recognize you’re taking, I think you're taking a significant risk."

Wachter added he understands that, more than two years into the pandemic, some "people are really tired" of taking precautionary measures amid their "desire to try and get back a little bit toward normal."

"Just recognize there is a fair amount of COVID around, and if you've let your guard down, you are taking a higher risk than you might have been taking during different stages of the pandemic," he said. 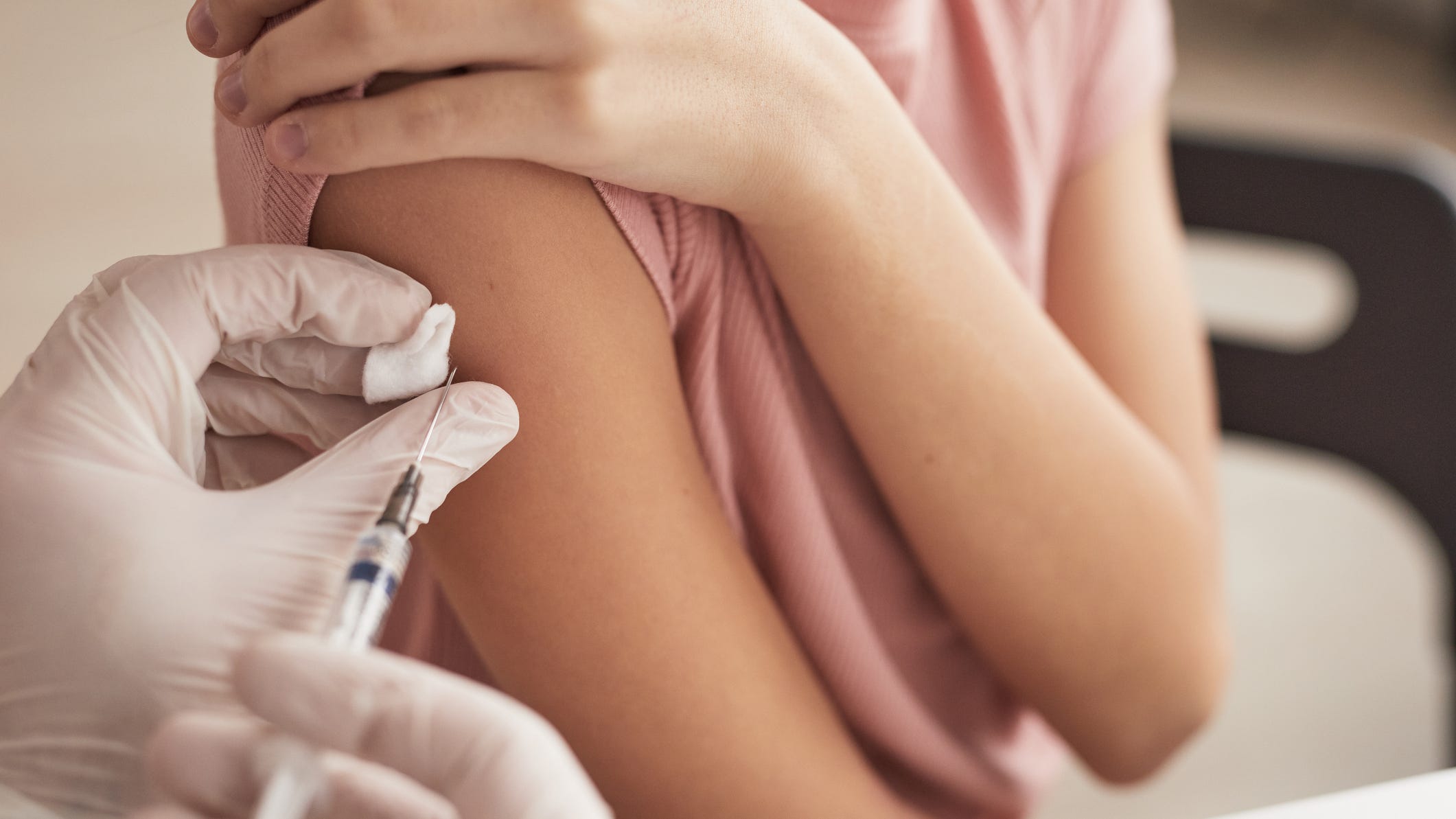