Bay Area musicians are coming together on Sunday to perform a benefit concert in Vallejo for Doctors Without Borders in Ukraine.

A peace march will start at 2:30 p.m. at the Vallejo Ferry Terminal and will go four blocks to the Empress Theater downtown, where the concert will be held. The event is called the "Peace Train for Ukraine" concert and it will go from 4 p.m. to 8 p.m.

Jim Douglas, owner of Prime Time Entertainment said these musicians are happy to do what they can to help out Ukraine.

"Musicians from Northern California they are this all-star cast of guys that have played with bands like David Sikes that was in Boston, Jeff Campitelli from Joe’s Satriani’s band, Jesse Bradman from Night Ranger," Douglas told KCBS Radio.

Trumpet player Marvin McFadden formally with Huey Lewis will do a solo performance of the Ukrainian National Anthem.

"25 musicians coming and they all have world-class credit and everyone is donating their time. 100% of our tickets sales are going to Doctors Without Borders in Ukraine," he explained. "So, we are pretty excited about trying to do whatever we can to help because I think we are all pretty sick of watching the news and seeing what's going on."

Tickets are $25 but people are encouraged to donate above and beyond the ticket. For more Information got to empresstheater.org. 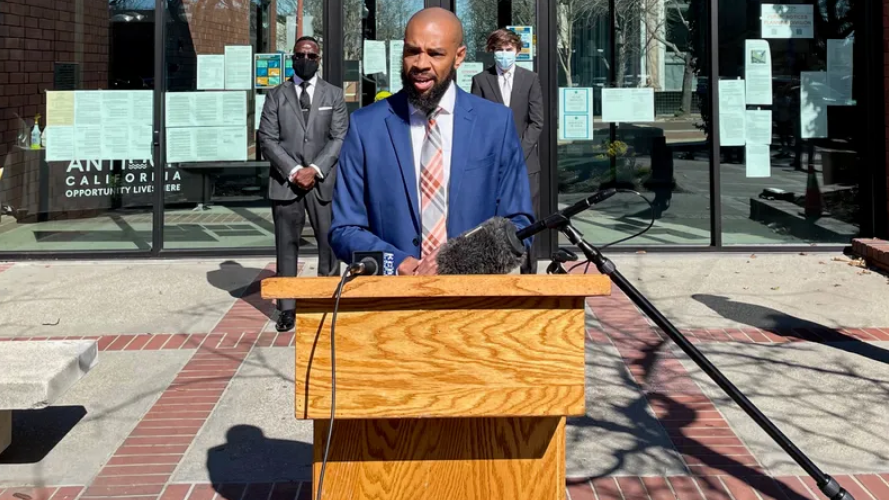