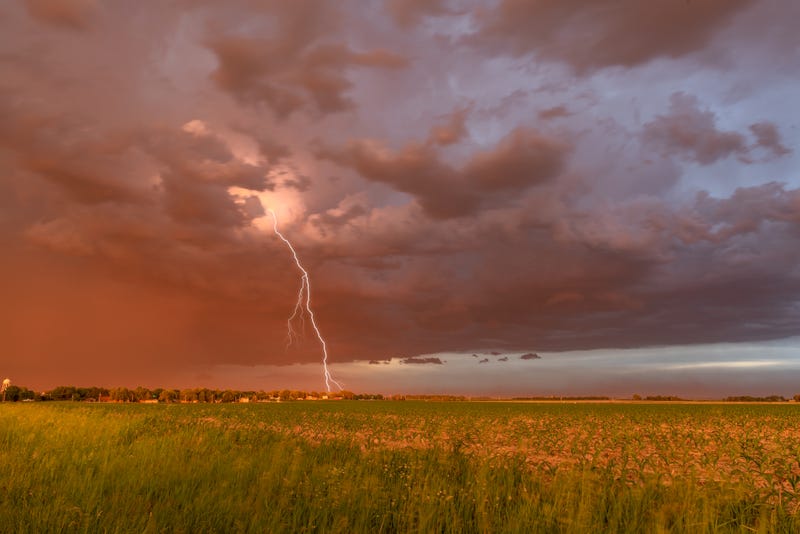 The Bay Area could be in for dry thunderstorms and, potentially, dry lightning on Sunday and into Monday.

Monsoonal moisture is expected to rotate in from the southeast over Big Sur and move northeast over the Bay Area, according to the National Weather Service Bay Area.

This imagery gives an idea of the coverage and direction of the elevated moisture Sunday afternoon.

The moisture is expected to rotate in from the SE over Big Sur and rotate out to the NE over the San Francisco Bay Area through the event, potentially impacting a broader area. pic.twitter.com/03mKeMp2Wc

Yet the National Weather Service noted in a Twitter thread Thursday afternoon that the expected circumstances are very different from what the Bay Area experienced last year.

Namely, the lack of tropical influences and wetter weather leading into the weekend.

It is also worth noting that the 2020 lightning event was preceded by an extremely hot and dry air mass that set the stage for aggressive wildfire behavior.

This event, the coast has been seeing daily overnight drizzle and we are forecasting below normal temperatures for most

In a follow-up tweet, the National Weather Service Bay Area said high-resolution data released Friday and Saturday should give the agency a better idea of what the region can expect over the weekend.