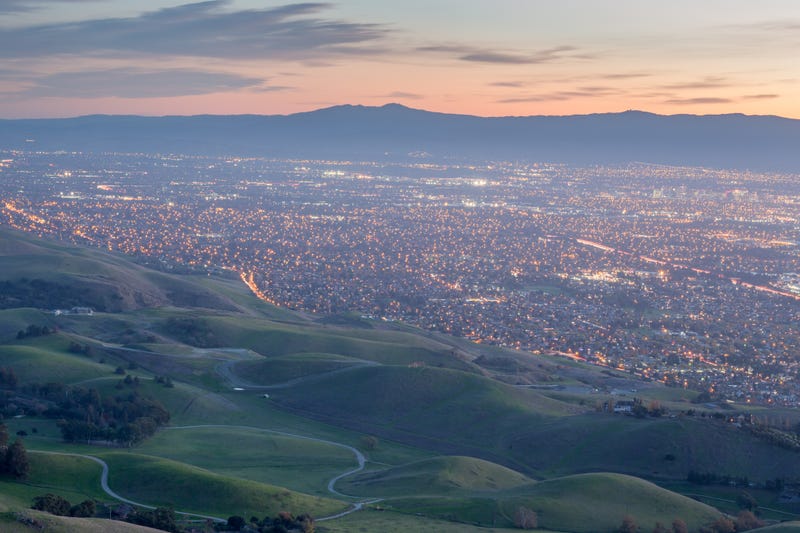 SAN FRANCISCO (KCBS RADIO) – Researchers say a Silicon Valley fault line most people are unaware of could generate an earthquake as large as Loma Prieta.

A recent Stanford study revealed that two fault lines collectively known as the Foothill Thrust Belt fault, which runs deep underground through Gilroy and Stanford, could produce a magnitude 6.9 earthquake every 250 to 300 years.

A thrust fault is defined by the United States Geological Survey as a "dip-slip fault in which the upper block, above the fault plane, moves up and over the lower block…. When the dip angle is shallow, a reverse fault is often described as a thrust fault."

Geologists don’t know the last time these particular fault lines saw any sort of release, which is an indicator it's building up to an earthquake.

"The basic concept is that stress is building up, building up and building up and eventually it will break and open up," Don Blakeman, Geophysicist with the USGS, told KCBS Radio. "So scientists study that stress and how much it builds up as well as they can to try to figure out when a fault system is ready to go."

Stephen DeLong, a supervisory research geologist with the USGS and who peer reviewed the Stanford study, added that these types of faults are harder to predict.

"These can have earthquakes. At the surfaces, just warping or bending and there’s not a discrete break because they rupture deeper and we often just get sort of a fold," he told KCBS Radio. "So that means in the long term there's less evidence for geologists to study."

"There still is no science that can actually predict it. In other words, we can’t say 'There’s going to be an earthquake in this spot, at this time and how large it will be.'"

"Having a plan to react when strong shaking occurs is the most important thing and whether or not it's on the Hayward Fault or the San Andreas or the Foothill Thrust Fault, the effect may be fairly similar within Silicon Valley," DeLong explained.

The information on these lesser known fault lines are used to better understand the risk factors for the Bay Area.