An Oakland icon on the shores of Lake Merritt remains closed and losing money.

But a weekend fundraiser for Children’s Fairyland, the city’s "storybook theme park," aims to change that. The park is coming back virtually by use of "Celebrity Storytime," a collection of "homegrown fairytales from Oakland’s own."

The family-friendly fundraiser benefits the theme park as part of a larger effort to reflect more of the Oakland community in the beloved facility. 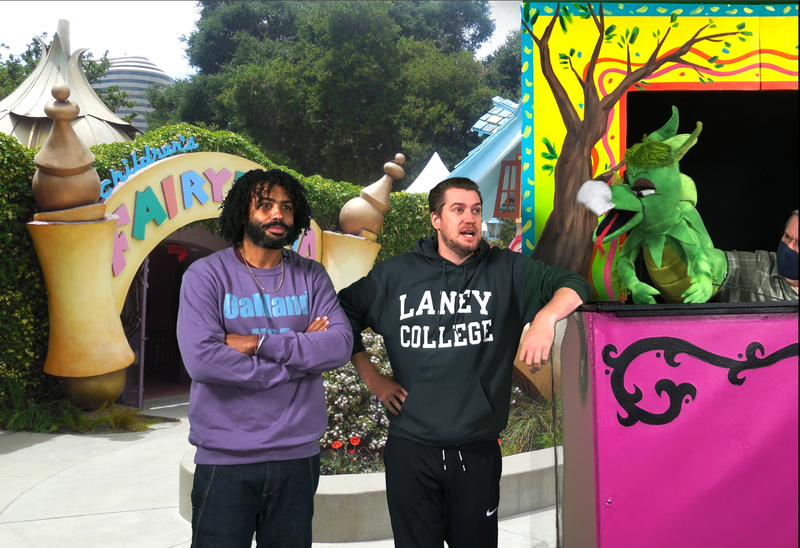 The Bay Area's own Rafael Casal and Daveed Diggs are pitching in to help save Children's Fairyland in Oakland.

He and the multi-talented Daveed Diggs, an Oakland native himself, are behind the project. Diggs rose to fame starring in the original stage production of "Hamilton," appearing in several films and TV shows.

The two are back in town to promote the jam-packed, live streaming event this Saturday at 6:30 p.m.

We want to know what Fairyland means to you!

"It’s a magical place," Diggs told KCBS Radio. "The nostalgia associated with it is amazing, but it’s preserved in this way."

Fairyland could really use the money.

Closed since the coronavirus pandemic started, the 70-year-old theme park has lost $1 million and counting.

"Selfishly, I have this almost two-year-old niece that’s never been to Fairyland and I think my heart broke a little bit with the idea that she might never be able to go," Casal said.

They promise the dopest puppet cohosts you've ever seen.

Register for the event here.

Casal and Diggs co-wrote, acted in and produced the Oakland-based flick "Blindspotting," just picked up as a TV series by Starz.