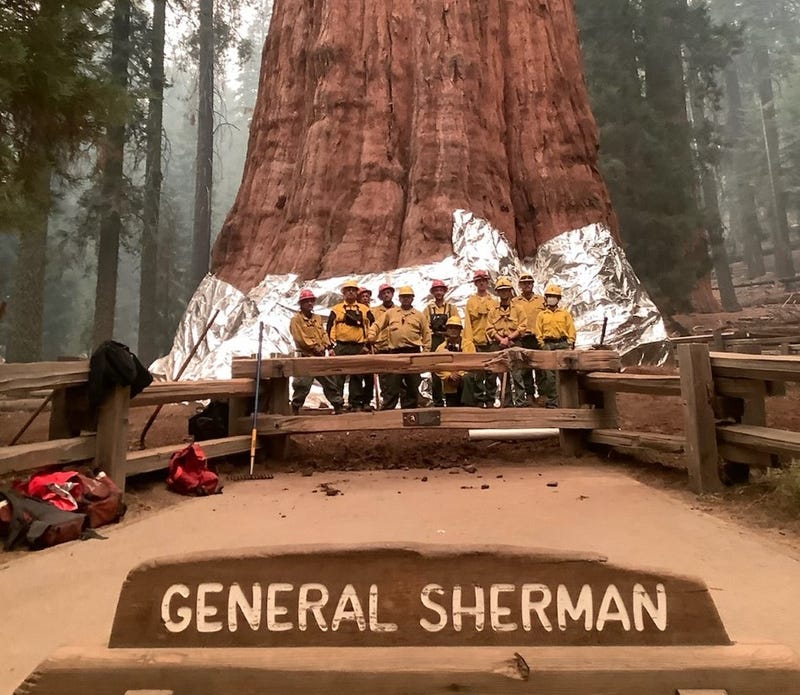 The KNP Complex fire continues to burn at nearly 24,000 acres, and over the weekend was threatening the iconic giant sequoias in Sequoia National Park.

When the two fires became one last week, with firefighters kicking into high gear at the national park to ensure that the historic trees come out of the blaze unscathed. Thankfully, efforts have been successful so far.

"It moved north but it skirted west right around the giant forest," Mark Garrett, spokesman for the Sequoia National Park, told KCBS Radio's Holly Quan and Dan Mitchinson on Monday morning. "And the parts where it did jump over the general highway and start getting into the giant forest, what happened then is it met our prescribed burns," he said.

The prescribed fires have been set over the last few decades, leaving very little vegetation for the fire to consume. "That gave firefighters a chance to really hold and corral that fire," said Garrett.

The majority of the fire is now heading north, away from the trees, he said towards Lodgepole, a part of the park with a visitor center, stores and restaurants, a campground and employee housing.

The fire did touch a few behemoth sequoia trees on the perimeter, dubbed "The Four Guardsmen," but they were wrapped up in aluminum and survived just fine, according to Garrett.

The world's largest tree, the General Sherman, also located in the national park, was spared as well.

Those wraps are about 80% affected in stopping preheating from the fire, and any raining embers or sparks that might hit the trees. In addition to the wraps, they also raked away any vegetation around the base of the trees so the flames would have nothing to catch on.

"We just wanted to make extra sure, with our drought and our climate change and our critical fire years we’re having, we want to take that extra precaution to make sure our most popular trees aren’t damaged," he said. 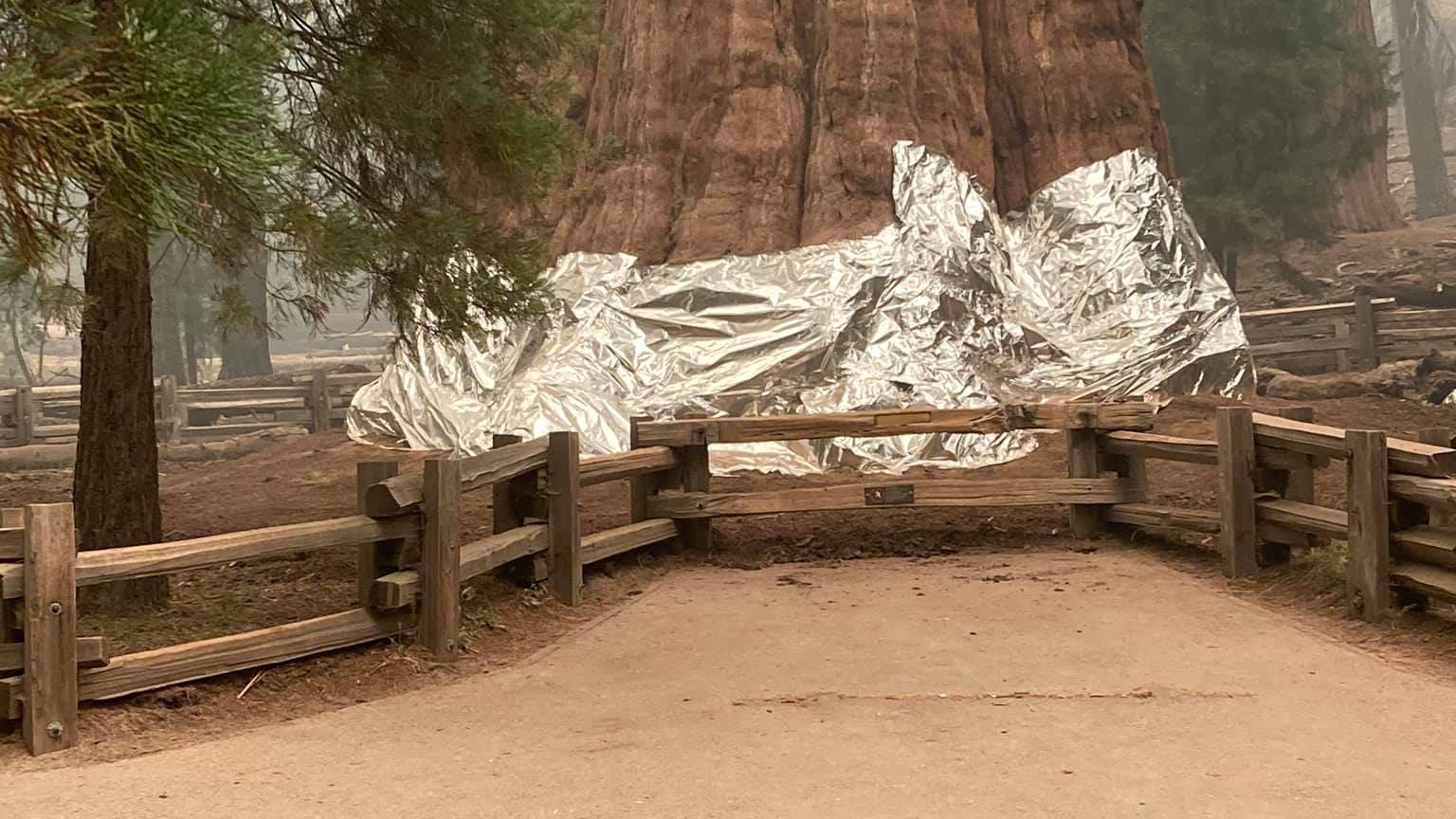