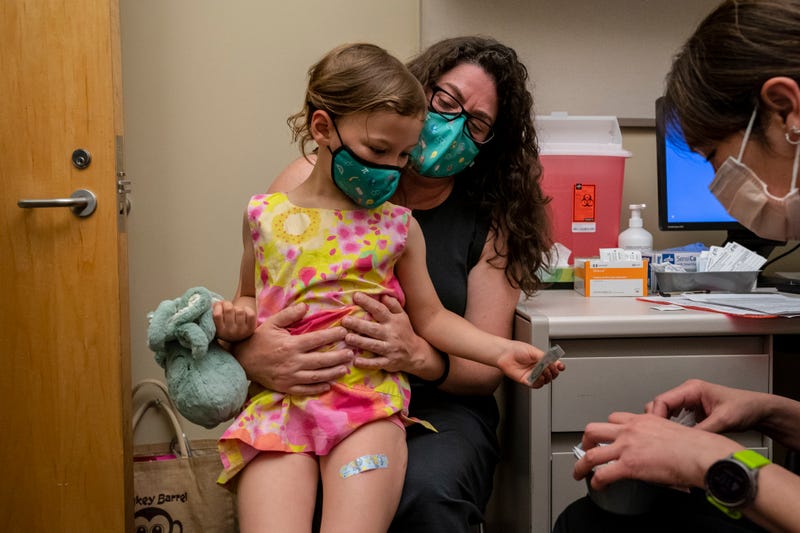 Nora Burlingame, 3, sits on the lap of her mother, Dina Burlingame, and gets a sticker from nurse Luann Majeed after receiving her first dose of the Pfizer Covid-19 vaccination at UW Medical Center - Roosevelt on June 21, 2022 in Seattle, Washington. Photo credit David Ryder/Getty Images
By Marcus White, KCBS Radio

SAN FRANCISCO (KCBS RADIO) – Tuesday wasn't just the start of summer for parents of young children in the Bay Area, but the first day that many of their kids could start getting vaccinated against COVID-19.

Following the U.S. Food and Drug Administration's emergency use authorization and the Centers for Disease Control and Protection recommendation of the Moderna and Pfizer coronavirus vaccines for children as young as 6 months old, Tuesday was the first day shots could be administered to the region's tiniest arms.

Some children on Tuesday received their first doses about 18 months after the Bay Area first began vaccinating front-line workers, and nearly eight months after children aged 5-11 started receiving theirs.

"I'm definitely going to make an appointment. I've been waiting for a long time," Sarah, a parent of two toddlers in Santa Rosa, told KCBS Radio's Jeffrey Schaub on Tuesday. "I heard it was going to be February, so I'm glad they're finally here."

So, how can Bay Area parents start signing up their now-eligible children to be vaccinated? Here's what we know so far, based on what local public health departments have already released or shared with KCBS Radio.

The City of Berkeley and Napa County's public health departments didn’t respond to KCBS Radio’s emailed request for comment prior to publication. This story will be updated when we hear back from officials there.

All eligible Bay Area residents, Californians and their parents, can sign up for an appointment at the state’s MyTurn website or the federal government’s vaccine website.

Public health officials told KCBS Radio in an emailed statement on Tuesday afternoon that the county "is focused on increasing the number of pediatric practices able to vaccinate their patients" and that county-supported vaccine clinics will also be able to inoculate young children. The list of those clinics can be found here.

"The Bay Area's large health care systems have been the largest providers of COVID vaccinations, and we expect that to be the same for this age group," Alameda County officials told KCBS Radio in an email, adding that some pharmacies will vaccinate children who are at least 3 years old.

A county public health spokesperson told KCBS Radio in an email that Contra Costa Health will start offering appointments for children under 5 beginning on Wednesday, June 22. Parents can make appointments online or by calling 1-833-829-2626 that same day.

Dr. Matt Willis, the county's public health officer, said in a video last week that Marin County’s youngest children "will mainly be vaccinated by their pediatrician" instead of at "large, public vaccination sites run by public health" officials.

Select county clinics, however, will offer vaccinations to children younger than 5 years old, with the clinic schedule set to be posted here on Wednesday. Public health officials said the county and other providers anticipate starting to offer vaccination appointments a day later.

Starting on Wednesday, public health officials will offer vaccinations at department-run and neighborhood sites. The city said it has 12,800 doses on hand for San Francisco Health Network patients and those who don’t have a health care provider.

Major pharmacies will also begin offering appointments, with most offering shots for children who are at least 3 years old. A full list of San Francisco vaccination sites can be found here, with information to sign up presented at this link.

Officials said earlier this week that they've confirmed San Mateo County's major health care systems are ready to offer under-5 vaccines to patients and members. The county will not offer under-5 vaccines at its community clinics or large-scale vaccination sites, with officials writing on the public health website that the county will instead hold "small-scale clinics" at Early Head Start locations.

Officials said they believe "the best place for young children to receive the vaccines is in the care of a pediatric provider," although Walgreens and CVS will offer appointments to children who are at least 3 years or 18 months old, respectively.

Residents can sign up children under 5 for appointments at a number of county-run sites, with a new site in Mountain View set to open this week. Some drop-in clinics are offering vaccinations for children as young as 3 years old.

Santa Clara County residents can also sign up for appointments at pharmacy and health care provider’s sites listed here. Officials are also encouraging parents to talk to their children's doctors about vaccinating them against COVID-19 and other diseases.

Public health officials said in a press release on Monday that local parents are encouraged to visit their children’s primary health care provider for a vaccine. The county’s vaccination sites will not be offering under-5 vaccines, according to Solano County listings. Those listings also include contact information for a number of in-county providers, many of which offer vaccinations depending upon eligibility.

Officials said parents whose children have health care coverage should reach out to their primary care provider "as soon as possible" to schedule an appointment. 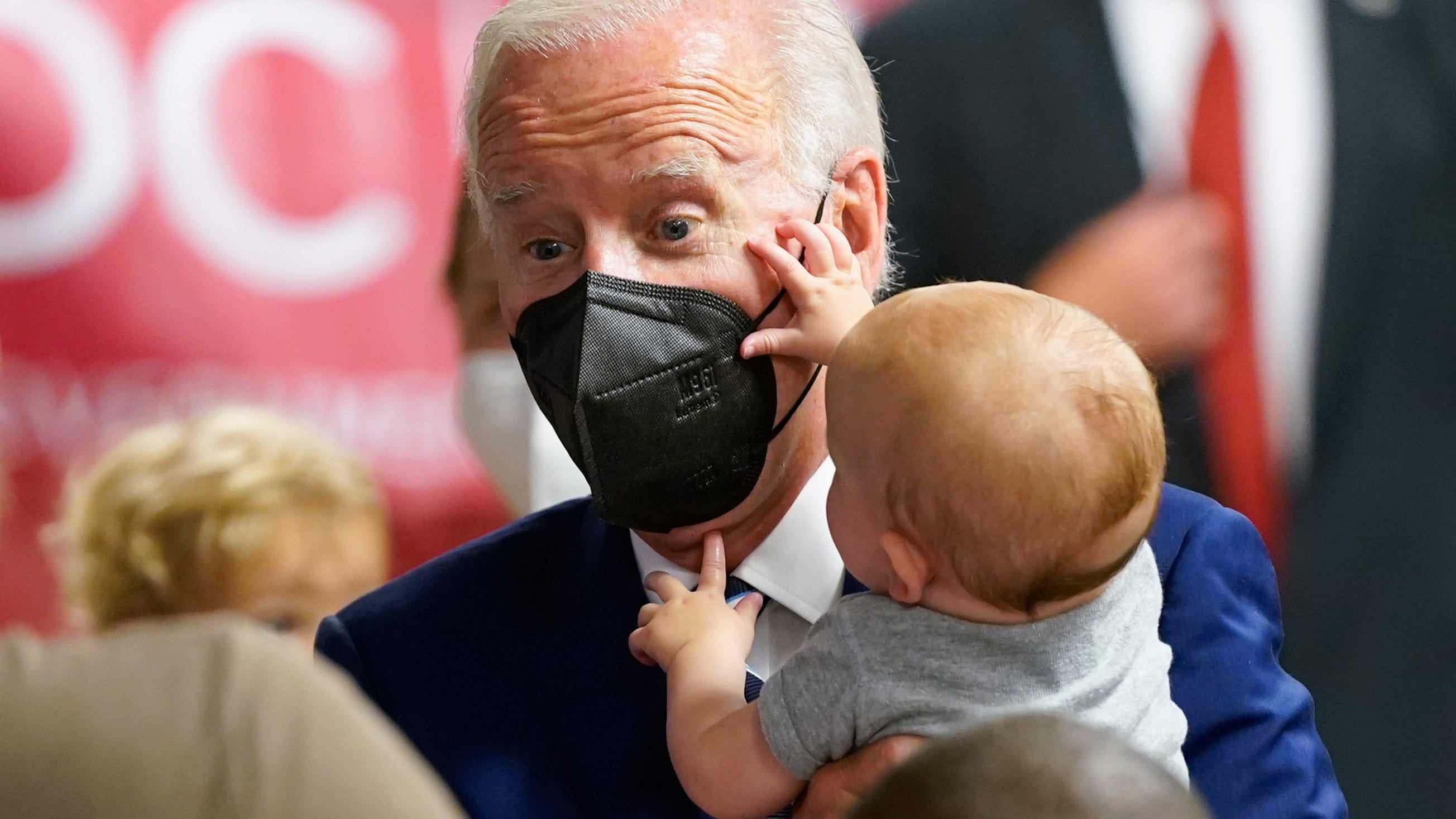