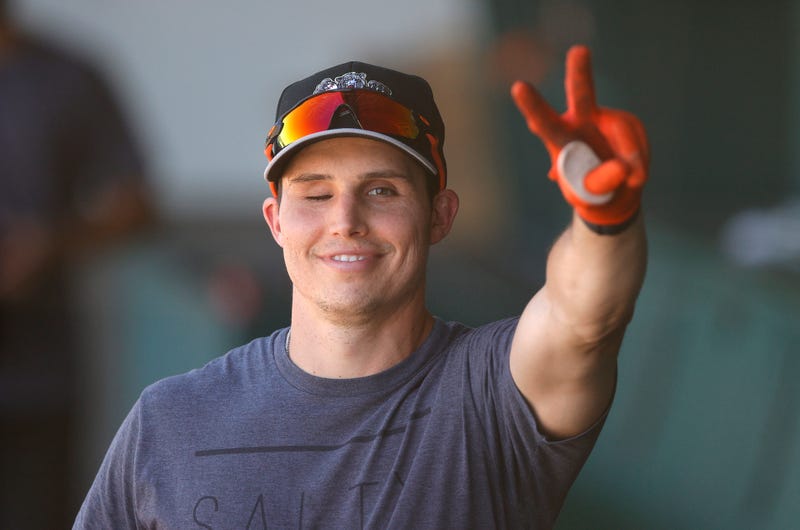 Drew Robinson #5 of the Sacramento River Cats waves from the dugout before a game against the Las Vegas Aviators at Sutter Health Park on May 27, 2021 in Sacramento, California. Photo credit Getty Images
By Kris Ankarlo, KCBS Radio

As part of the national "I’m Listening" campaign, KCBS Radio is bringing you stories of mental health struggles and resilience this week from here in the Bay Area. KCBS Radio's Kris Ankarlo's continues our series with a profile on San Francisco Giants' mental health advocate Drew Robinson.

Please be advised that the story you are about to hear contains graphic references to an attempted suicide, which may be triggering for some readers and listeners.

SAN FRANCISCO (KCBS RADIO) – Drew Robinson is a former Major League Baseball player who found his way through the depths of depression and despair, and now works with the San Francisco Giants to help others.

If you open a major league rule book to page 22 you'll find rule 505a2: the batter becomes a runner when the third strike called by the umpire is not caught, providing first base is unoccupied or there are two outs. This means someone who just struck out can still run and make it safely to first base. It happens, but it's rare.

On April 16 of 2020 Drew Robinson made the decision to take his own life. He pointed a gun at his right temple and pulled the trigger. The bullet tore through his right eye and went out through his left cheek. The third strike went by Robinson, but he didn’t die — the ball hit the ground.

"I was expecting to happen what you see in the movies and when that didn’t happen I was just even more confused," Robinson told Audacy's 95.7 The Game.

For 20 hours he survived at home with a gaping wound before finally deciding to call 911 — he made it to first.

"Really what I was able to do was actually choose life," Robinson said. But, surviving wasn’t enough, he would need a team to carry him forward. "The amount of acts of kindness from my family and friends went such a long way."

Building his life meant confronting the depression that also destroyed him. "I definitely had performance anxiety and created a very strong level of second-guessing myself," Robinson said, speaking of his time in MLB before the incident.

Baseball is as much of a mental game as a physical, you need discipline and focus — long stretches of inaction build potential energy release in quick kinetic moments that demand instantaneous decisiveness. Do I swing or not? Should I try to turn two or or get the guy at first? Do I dive for the out or do I play it safe on the hop? All of that is happening as thousands of fans react. It's a pressure cooker for players.“It only added to the element of not being good enough because you’re just naturally not going to do everything you want the way you want it every single time you try it,” he explained.
In a strange duality, baseball often offers a release for fans despite putting players under high amounts of stress.

"It only added to the element of not being good enough because you’re just naturally not going to do everything you want the way you want it every single time you try it," he explained.

In a strange duality, baseball often offers a release for fans despite putting players under high amounts of stress.

"I feel rejuvenated," two fans told KCBS Radio. "It's just the magic of the game. It's just a time to relax and kind of check out from the reality of this world we live in. The players are really good because that's why we're here, right?"

"The most put together person that you see, the most confident person that you're around is probably dealing with something that you have no idea about," Robinson said. "I just didn't have the education around it. I didn’t know exactly what it was. I was the typical part of the stigma where my image or my thought of depression was the stuff that you see in movies or people think about crying all the time."

Now Robinson is working to chart a healthier path forward for other players. After a comeback to the MLB with one eye, the San Francisco Giants offered Robinson a job.

"He is a mental health advocate, which basically means he's a bridge between the players and Dr. Payette and I," Shana Alexander, director of mental health for the Giants, told KCBS Radio. "He is a peer who travels to all of the different affiliates, so all of our minor league locations and he comes to San Francisco with the big league players as well."

In short, Robinson's role is to talk about mental health, to demystify the stigma. "Just to have an example of someone talking about it before and I had to learn the hard way unfortunately. That's why I'm so passionate about doing this," Robinson said.

"It doesn't matter who you are, mental health doesn't discriminate," Alexander said.

"Hitting three home runs with one eye was one of the coolest things I’ll ever do in my life, but I get so much more fulfillment from having a positive effect on people's lives."

Robinson chose life when he dialed 911. He got his second chance, he made it to first base after strike three, but making it around the base pads is a team effort. Friendly check-ins, being there to listen, telling people you love them, talking about mental health — it's the tricky work Robinson and so many others are doing to help more people make it home safe. 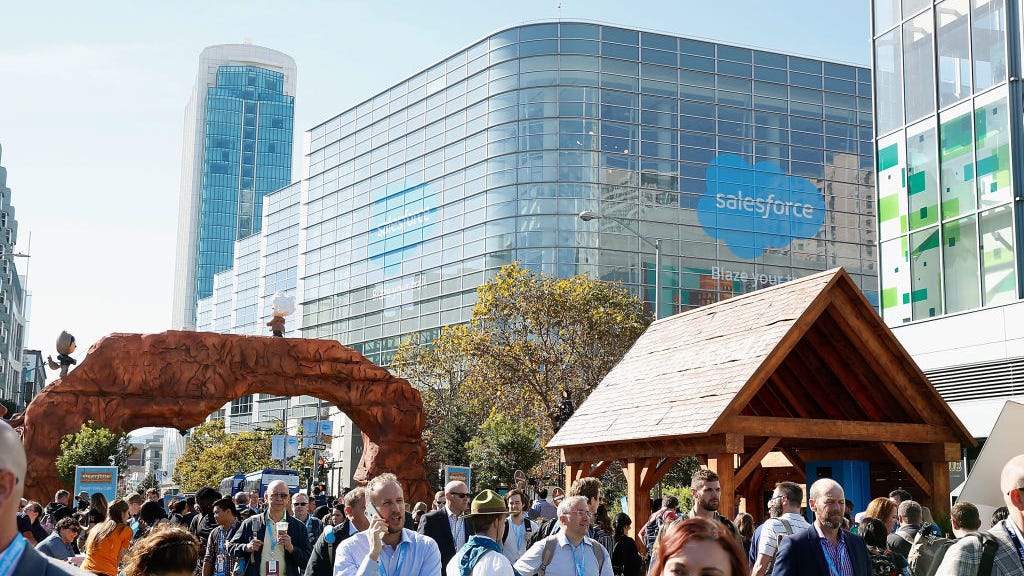 Why Dreamforce could give needed boost to downtown SF