Do you want a better mousetrap?

Dublin teens are building a drone that can sanitize their school's football field, bleachers and auditorium. They say their device is better and cheaper than what's being used in the NFL.

While high school sports are still sidelined during the coronavirus pandemic, the field at Dublin High School still gets used for small drills and the band comes out to practice, which means the area needs cleaning. That was taking the maintenance crews too much time.

That means it doesn't need watering, but it does need cleaning.

So Faris asked around to see if anyone could come up with a better way than sending in six to eight custodians.

The school’s Robotics Club stepped up to the plate. 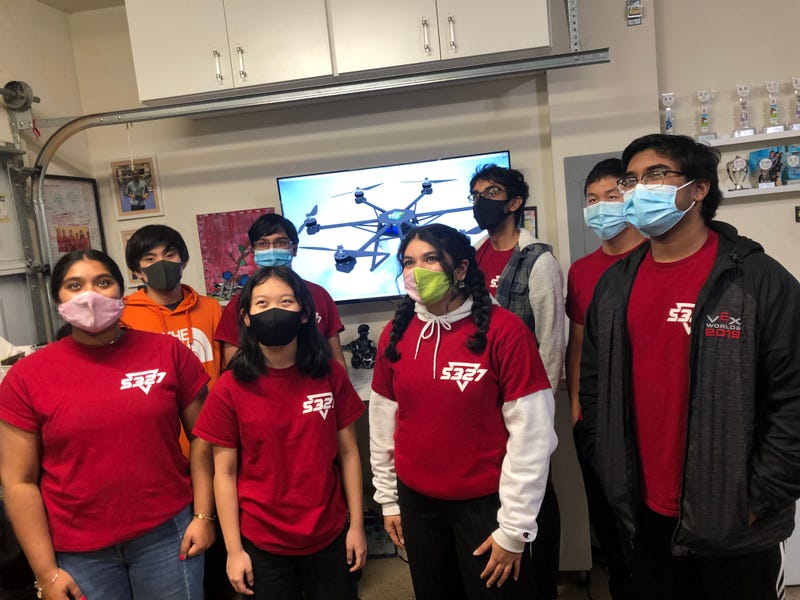 Students pose in front of a rendering of the drone. Photo credit Niharika Suravarjjala

Niha Suravarjjula is the 17-year-old project lead. She said they looked at the $15,000 drone used by the Atlanta Falcons and said: "We can do better." Their prototype has a 22-minute flight time, twice the average drone, carries a gallon of sanitizer and can be programmed by the operator.

"You input a coordinate on the map of where it should fly in the bleachers and our drone would be able to maximize the amount of sanitization fluid, see the square footage in that area and find the best way to go to that point and back by cleaning in a smart manner." 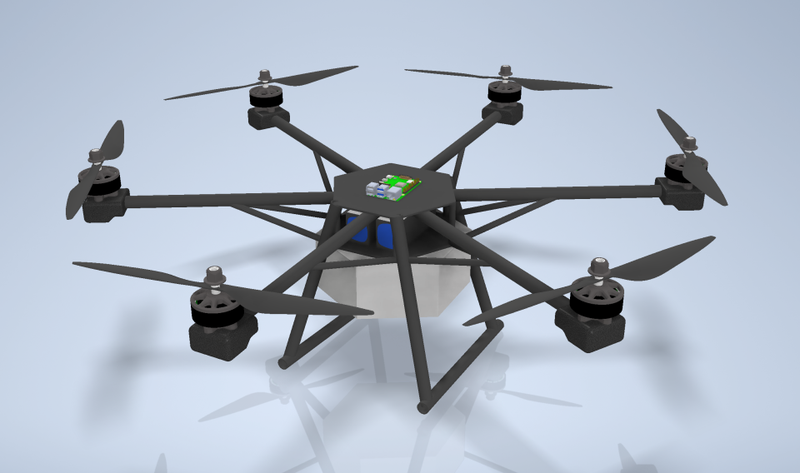 Their drone, which can also clean inside spaces like performing arts theaters and lecture halls, costs only $2,000.

The hope is that it will take flight by mid-December.