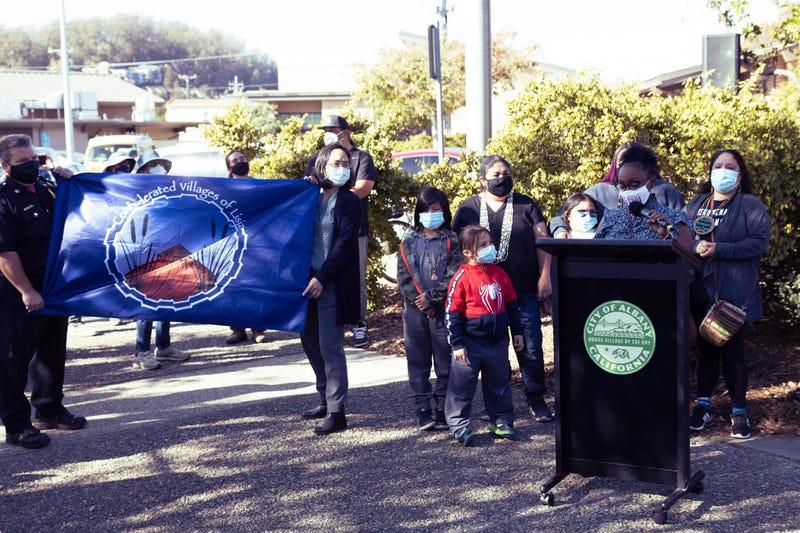 The city of Albany unveils the flag of the Confederated Villages of Lisjan at city hall on Oct. 11, 2021. Photo credit City of Albany, CA Facebook
By Natalia Gurevich, KCBS Radio

For the first time in the Bay Area, a city has recognized the Ohlone people by flying a flag honoring them above city hall.

The city of Albany has done this, among other recent initiatives, in an effort to acknowledge the Bay Area’s original residents, according to reporting by the San Francisco Chronicle.

The move is part of a larger endeavor "to make things right," said Albany Mayor Ge’Nell Gary as reported by the Chronicle. Among other things, the city may begin payment or return land altogether to the Confederated Villages of Lisjan, as well as make new city signs that would include references to the Ohlone.

Revealed on Oct. 11 in honor of Indigenous Peoples’ Day, the new flag adorning city hall was made with input from the Confederated Villages of Lisjan, a group of seven Ohlone tribes spanning several Bay Area counties.

"We really honor the city of Albany (for) doing this really important work with us — recognizing that we continue to be here," said Corrina Gould, a spokesperson with the Confederated Villages of Lisjan, during the unveiling as reported by the paper.

The Ohlone people were the first inhabitants of the Bay Area and were subsequently enslaved and killed during Spanish colonization and the establishment of the missions in the 18th and 19th centuries. They are not federally recognized as a tribe, as reported by the Chronicle, and don’t receive the same designation and benefits other tribes do.

Along with flying the flag, the City Council passed several other measures acknowledging the Ohlone people in September, including a plan to possibly return Indigenous land or allow tribe members to conduct gatherings and other ceremonies throughout the city’s parks and public areas.

Another measure also set in motion a proposed budget to pay a Shuumi Land Tax, a voluntary contribution to the Sogorea Te’ Land Trust, a women-led group working with the city, and other Bay Area cities, to return Indigenous land to its original inhabitants, the paper reported.

The proposals were met with praise from the public at the Sept. 20 meeting.

"This is something that brings the people together. ... This is social justice," said Jeremiah Garrett-Pinguelo, a volunteer with the UC Berkeley Gill Tract Community Farm.

"My kids are being educated by AUSD directly on native land," said Jessie Wofsy, an Albany resident with two elementary school-aged children. "I cannot agree more with the importance of undertaking a thorough evaluation of school curriculum, programs and events to ensure that they're accurate and inclusive of the history and resiliency of the Lisjan people." 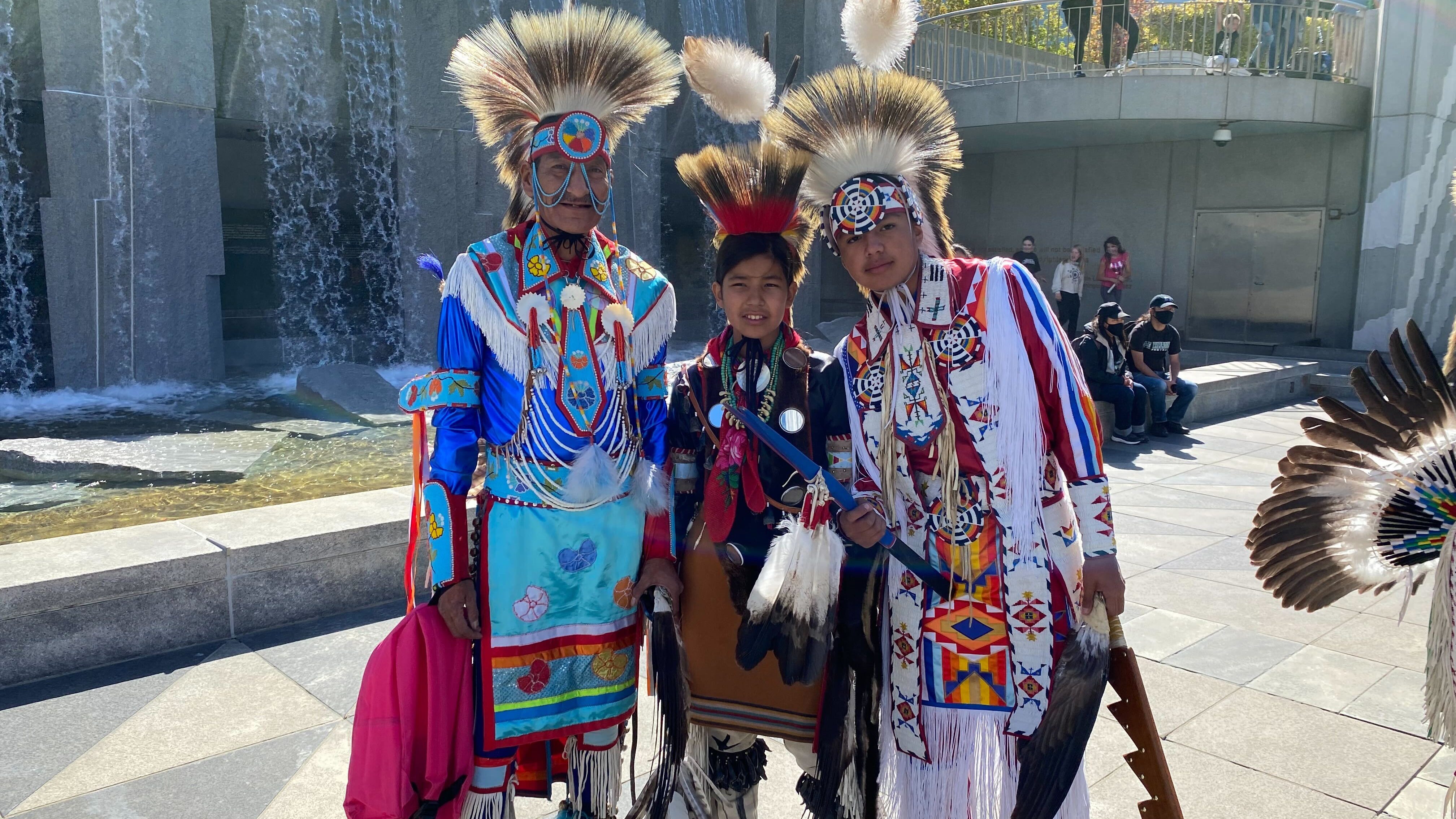