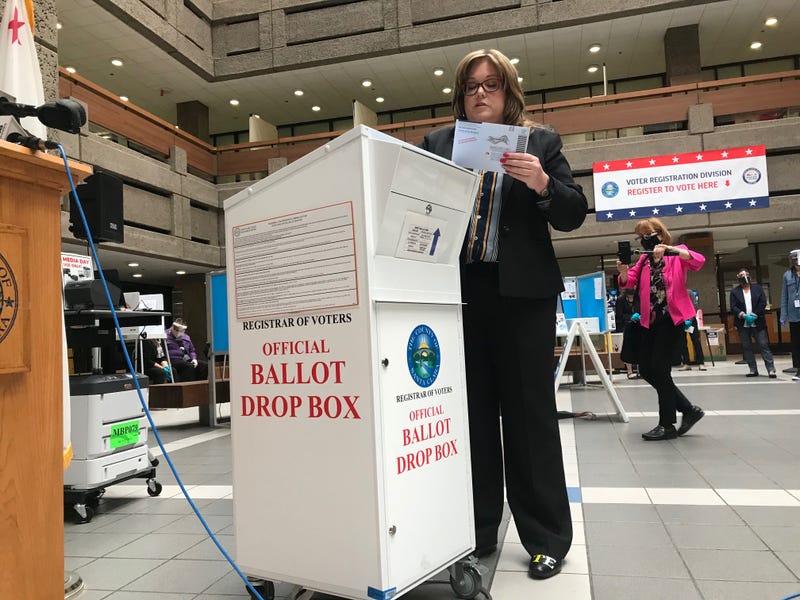 Bushey says it is important for voters to be able to tell the difference between a ballot box set up by county officials, and one that just says the words “official” on it. This comes after the California Republican party distributed its own ballot boxes in Fresno, Orange and Los Angeles counties that are improperly labeled “official.”

While the party has argued that its boxes are legal under state laws that allow third parties to collect and submit ballots, California Secretary of State Alex Padilla and Attorney General Xavier Becerra both agree that the boxes are illegal because the law requires voters to specify the person who will turn their ballot in for them. The GOP’s boxes do not meet that requirement.

The state has ordered the party to remove the boxes, but in the meantime Bushey wants voters to be confident that their ballots are secure.

“You are putting it into a box that is not in the control of the registrar of voters, you don’t know what is then happening,” to your ballot, Bushey said. “That’s very concerning, so that’s why would want them to only use our official drop box.”

While each county’s drop box looks slightly different, it should have the county seal displayed on it. Voters can also find a list of official drop boxes and where they are located on their county’s registrar of voters website.

Becerra has urged voters to notify county officials and his office if they see any suspicious ballot boxes. Voters can also track their ballots at vote.ca.gov.