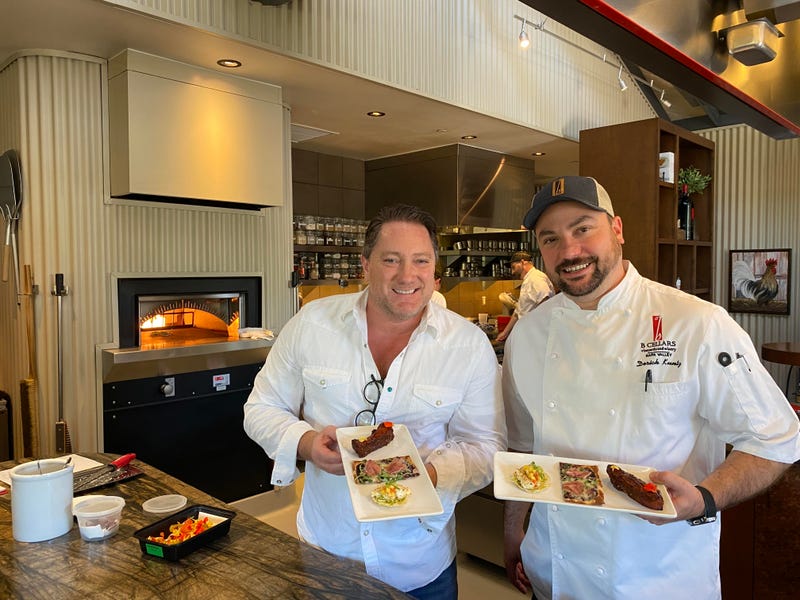 MUSIC: HARDLY STRICTLY BLUEGRASS
Elvis Costello is just one of 40 plus artists performing on six stages in Golden Gate Park, San Francisco. There will be free music from Friday through Sunday at Hardly Strictly Bluegrass with artists like Marcus Mumford, Steve Earle & The Dukes, Moonalice, Emmylou Harris and Jerry Harrison to name a few. See you in the Park. Arrive early to claim your spot.

MOVIE: BROS
“Bros”: It’s a boy meets bros love story. What sets this movie apart is that “Bros” is a romantic comedy with gay actors playing lead gay roles with a big studio, Universal, backing. The brilliant Billy Eichner, from “Billy on the Street,” stars. Plus, he also wrote the hilarious script. Luke MacFarlane of “Brothers & Sisters” shines as the other romantic lead alongside Eichner. The laughs are non-stop in this in-your-face gay rom com. It’s the gay romantic comedy the world has been waiting for. There are some star-studded cameos too. “Bros” delivers with heart and humor as my favorite movie of the year. The time is now for a movie like “Bros.” Take a bro or a sister to see it with you!

FOODIE FRIDAY: B CELLARS
Visit B Cellars set among some of the world’s most celebrated wineries on Oakville Cross Road, Napa. The estate includes a state-of-the art open kitchen, a wine production facility, vineyards and a maze of wine caves. B Cellars is open Thursday and Monday 11 a.m. to 2 p.m., Friday through Sunday 10 a.m. to 2 p.m., but closed on Tuesdays and Wednesdays. Make a reservation for the “B bites” experience at one of the tastiest stops in wine country - you’ll be happy you did. It will be a party on your palate! Enjoy my tasty talk with Chef Derek here.

FUNDRAISER: THERE WITH CARE
This Friday, at 6 p.m. be there for “There With Care” a nonprofit that supports families with children who have cancer or are in critical care. This annual fundraiser on the Peninsula at Holbrook-Palmer Park is an opportunity for the community to come together for a most wonderful cause. I am thrilled to be hosting as the emcee and auctioneer.

FAIR: CASTRO STREET
Enjoy all the fun of the Castro Street Fair in San Francisco this Sunday from 11 a.m. to 6 p.m. The queerest corner on earth, 18th & Castro, will be full of vendors serving up food and selling all manner of arts & crafts. DJs and entertainers will be performing throughout the day. Castro street will be closed to traffic from Market Street to 19th Street on Sunday. See you there.

EVENT: FLEET WEEK
Get ready for Fleet Week. This event is held annually between the Golden Gate Bridge and Alcatraz and attracts fans from all over the globe. The waterfront event is headlined by The U.S. Navy Blue Angels. It is the only air show in the United States to feature a commercial airliner, the United 777, performing a fully choreographed act. It’s in the air and on the water. Fleet week starts this Monday.

HURRICANE RELIEF
Give now, and support those who have suffered loss in the eye of Hurricane Ian. Head to the Red Cross page to make a donation.