Taylor began her broadcasting career in San Diego before coming to San Francisco as an Editor at KCBS Radio, eventually moving to on-air work. Known as the "dean of the City Hall press corps," she started reporting there in 1975, covering politics, elections and scandals throughout her decades-long career. 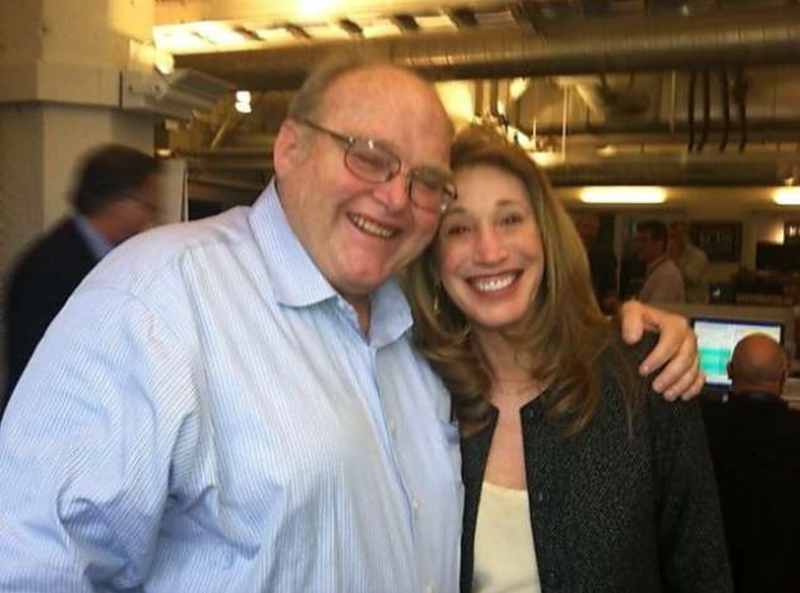 She's survived by her husband Mark Mayper and stepchildren Aaron and Amy.

"She wasn't afraid to ask the tough questions," former KCBS Radio Reporter Bob Melrose said Tuesday. "One of her favorite lines when you go to a news conference with her was 'Well, that's all well and good, but,' and then she'd get into the real question. Inevitably, that was the lead for the news conference...the question she asked."

Taylor covered some of San Francisco’s biggest stories during her time with the station, including the Jonestown massacre and the assassinations of then-Mayor George Moscone and Supervisor Harvey Milk. Her coverage of the shocking deaths was immortalized in the 2008 Academy Award-winning film "Milk."

Listen to a portion of Taylor's coverage from November 1978 below.

Tributes are pouring in from colleagues and friends.

"(It's) not just sad for us that knew her and worked with her, but thousands and thousands, millions of listeners in the Bay Area got their City Hall news from Barbara Taylor for 40 years, by far the longest-serving City Hall reporter we think, in history," said Ed Cavagnaro, former KCBS Radio Director of News and Programming. "Her influence expanded beyond KCBS listeners. She trained a lot of the reporters who came through from different organizations."

One of those is KCBS Radio Political Reporter Doug Sovern.

Many politicians covered by Taylor over the years expressed their condolences.

House Speaker Nancy Pelosi: "Paul & I were deeply saddened to hear of Barbara Taylor’s passing. Barbara was a tireless advocate for transparency & a brilliant journalist. May it be a comfort to her husband, Mark, and their family & friends that so many mourn with them."

Gov. Gavin Newsom: "Jennifer and I are heartbroken to hear of the passing of our friend and California treasure, Barbara Taylor. Barbara's friends and family will remember her for her tenacity and empathy. She embodied the best character traits of a journalist - she was inquisitive, bright, unrelenting, and caring. During my time as Supervisor and Mayor, Barbara always pursued the truth, keeping the public informed about the goings-on of their government. We are all better off for the work Barbara did in her more than four decades as a reporter. While she is irreplaceable, her legacy demands we continue to pursue her objectives of transparency and accountability for the common good."

Senator Dianne Feinstein: "Always a straight shooter, Barbara Taylor set the standard for journalistic integrity as the dean of the City Hall press corps. For more than four decades she covered San Francisco political life, from our city's most joyous moments to our tragic events. She will be greatly missed."

San Francisco Mayor London Breed: "Barbara covered City Hall with integrity, wit, and warmth for decades. She was dedicated to telling the story of the City she lived in and loved, and she was respected by all. She will be missed."

State Senator Scott Wiener: "I'm devastated to learn that my neighbor & outstanding reporter Barbara Taylor has passed away. Barbara was one of a kind & a San Francisco civic treasure. Rest In Peace, my friend."