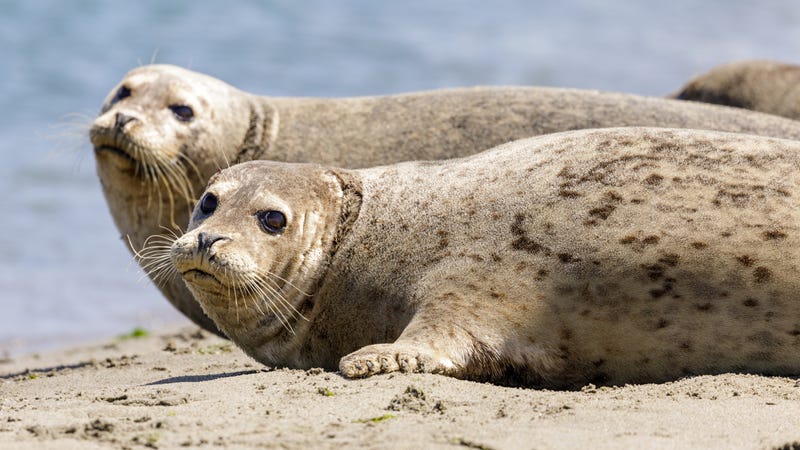 SAN FRANCISCO (KCBS RADIO) – A San Francisco man has been charged with two felonies and a misdemeanor for attacking a volunteer at a San Mateo's Moss Beach marine reserve a couple of months ago.

The assault took place on March 28 around 1 p.m., when two female volunteers with the Fitzgerald Marine Reserve arrived at Moss Beach, a reserve for seals, as first reported, as reported by KRON and confirmed by the San Mateo County Sheriff's Office.

Because the area is a protected space for the seals to give birth and take care of their pups, there are additional rules, including prohibiting dogs, San Mateo County Sheriff's spokesperson Javier Acosta told KCBS Radio.

Springtime is when the seals begin their pupping season, and marine animal experts warn people to keep their distance from the mammals during this vulnerable time.

Bush was walking on the beach accompanied by his unleashed pitbull and Unaloto Kioa, 22, of Hayward, who was carrying a cat and a baby, according to the outlet.

Noticing the unleashed dog, the two women decided to document the infraction.

In response, Kioa pulled one volunteer by her hair and grabbed at the camera, according to the outlet.

When this happened, Bush viciously attacked her.

A ranger managed to diffuse the situation somewhat after the second volunteer flagged him down and San Mateo County Sheriff's deputies wound up being called to the scene.

The woman Bush had attacked was taken to the hospital for serious injuries, including stitches and possibly a chipped tooth, according to Acosta

Bush was taken into custody while Kioa was released on the scene, pending a report with the DA's office, said Acosta.

Bush is still in custody at the San Mateo County Jail being held on $95,000 bail, said Acosta.

A preliminary hearing has been set for next Wednesday, according to San Mateo County Court records. He has pled not guilty to the charges.