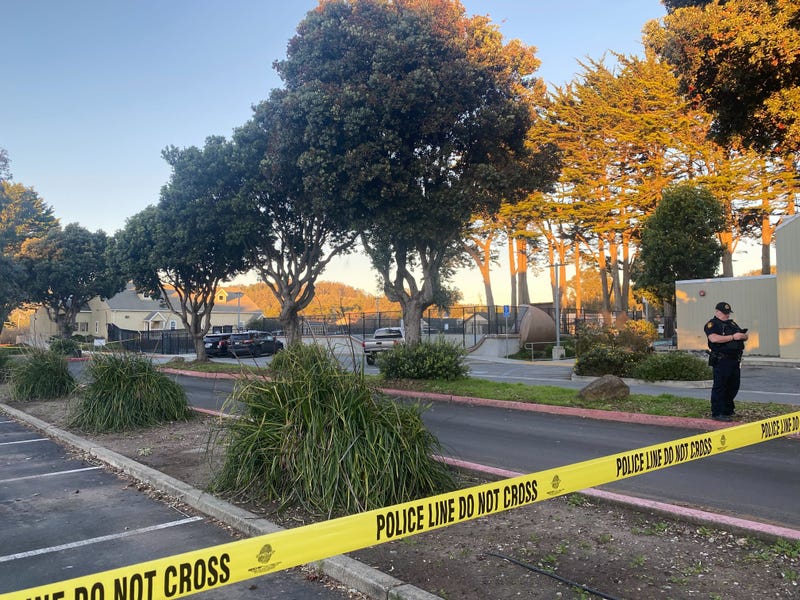 SAN FRANCISCO (KCBS RADIO) – Seven people have died and one more is in stable condition after a shooting Monday afternoon in Half Moon Bay.

In a news release Tuesday, San Mateo County Sheriff Christina Corpus described the victims as migrants, five of which were men and two of which were woman. The eighth victim, a man, is recovering at Stanford Medical Center.

67-year-old Chunli Zhao was arrested in the parking lot of the Half Moon Bay sheriff's substation after arriving at the facility, possibly to turn himself in. "We can assume that's what his motive was to come here, but still haven't confirmed that," Corpus told KCBS Radio. According to the sheriff, a deputy spotted the maroon SUV they'd been searching for in the parking lot with Zhao in the driver's seat.

The death toll in a mass shooting in Half Moon Bay is at 7. Witness Kati McHugh recorded the take down of the suspect for ⁦@MeganGoldsby⁩ and ⁦@KCBSRadio⁩ pic.twitter.com/TaRbJSaS92

One Half Moon Bay resident was unknowingly parked right next to the suspect. "He seemed calm and quiet and he didn't react much when he was taken down," she said. "It all happened very calmly."

Authorities believe the suspect drove from one farm to the second, using a legally purchased firearm. There were also children on the farms at the times of the shootings.

There is still no motive for the terrible shootings in Half Moon Bay yesterday that left 7 dead and 1 critically injured. The suspect- 67-year-old Chunli Zhao - was arrested at a sheriff's substation. Listen to @KCBSRadio for the latest...https://t.co/WQRArDk4zJ pic.twitter.com/O7BtFpjzES

"This is something that we get to watch on the news, never think that it's going to come and hit home," said Half Moon Bay Vice Mayor Joaquin Jimenez. "Today we're on the news."

"First Monterey Park and now Half Moon Bay. Enough is enough. How many more must die?" San Mateo County Supervisor David J. Canepa said in a statement. "Although the details are sparse, one thing is true. The victims died from guns. My heart breaks for the families."

"Jill and I are praying for those killed and injured in the latest tragic shooting in Half Moon Bay, California. For the second time in recent days, California communities are mourning the loss of loved ones in a senseless act of gun violence.

"Following a briefing from my homeland security team, I have directed my administration to ensure local authorities and the broader Half Moon Bay community have the full support of the federal government in the wake of this heinous attack.

"Yesterday, Senator Feinstein — alongside Senators Murphy, Blumenthal and others — reintroduced a federal Assault Weapons Ban and legislation that would raise the minimum purchase age for assault weapons to 21. Even as we await further details on these shootings, we know the scourge of gun violence across America requires stronger action. I once again urge both chambers of Congress to act quickly and deliver this Assault Weapons Ban to my desk, and take action to keep American communities, schools, workplaces, and homes safe."

According to Canepa, Mountain Mushroom Farm at 12761 San Mateo Road/Highway 92 was the site of one of the shootings. The second was at 2125 Cabrillo Highway S./Highway 1.

Zhao will be arraigned in the San Mateo County courthouse Wednesday afternoon. 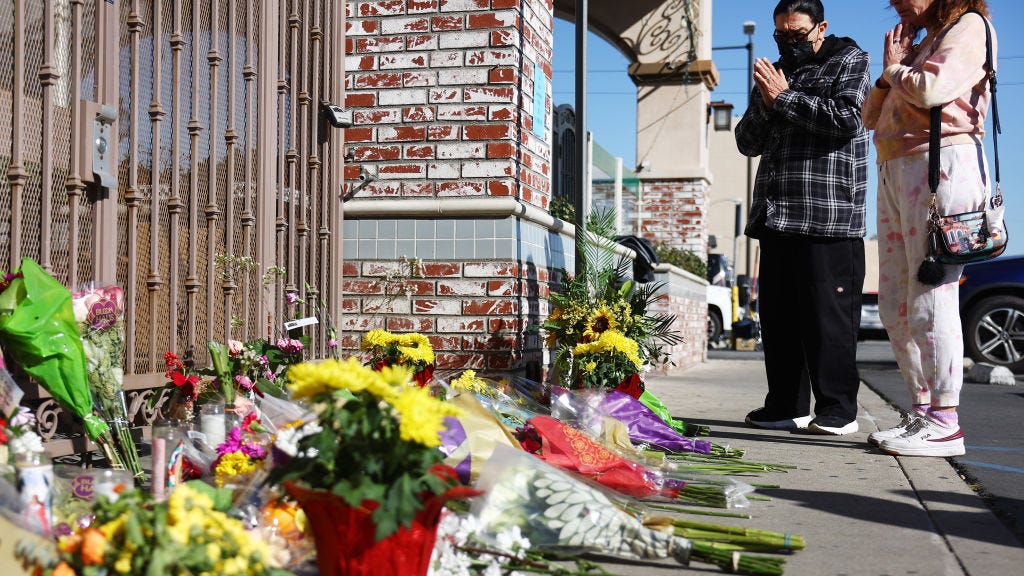