EAST OAKLAND (KCBS RADIO) – Parents and community activists upset with Parker K-8's closure are speaking out against the Oakland Unified School District after a clash between security and protestors on Thursday night.

District staff changed the locks and set an alarm at the school after finding it empty, according to officials. Demonstrators then cut a lock to get back inside the building, which has been occupied for 72 days now in protest of the district’s plan to close Parker and six more schools, downsize two schools and merge two others over the next two years due to budget constraints and declining enrollment.

"I was, like, thrown against a tile wall and I just got back from the hospital," Debra Ruiz said in a Friday press conference, still wearing a hospital band around her wrist.

Another parent alleged that five or six security guards dragged parent and school board candidate Max Orozsco into the building “and then beat him up” before handcuffing him for more than an hour.

The district said in response that people at Parker Elementary School are trespassers.

"This is an attack on Black and brown children's community," Ruiz added in reference to the planned closures, which opponents argue disproportionately impact students of color in Oakland.

During the protestors’ occupation, organizers have run a summer program for children, food distribution programs and voter registration drives. They said they are upset with Oakland's public school closures while the district continues leasing shuttered campuses to charter schools in the city.

With the Oakland Unified School District’s fall term set to begin on Monday, organizers said they have no intention of leaving the campus.

"This isn't trespassing, this is a community building," Joel Velasquez, an Oakland school board candidate and a nearby resident, said in a press conference on Friday. "Everyone you see standing around here? This is what this was intended for. This building has been here for over 100 years." 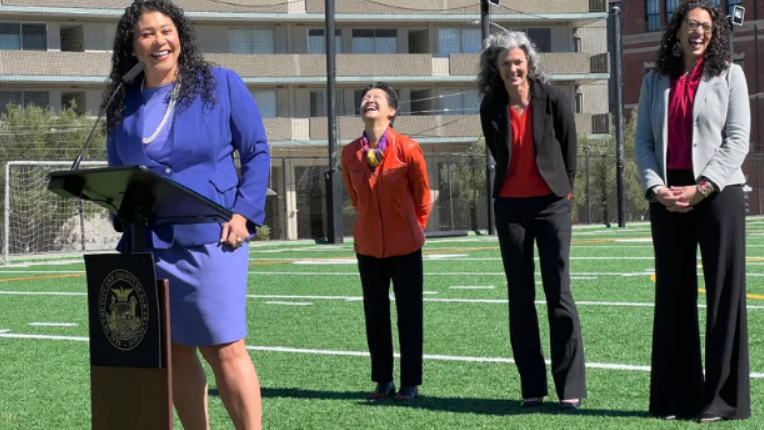