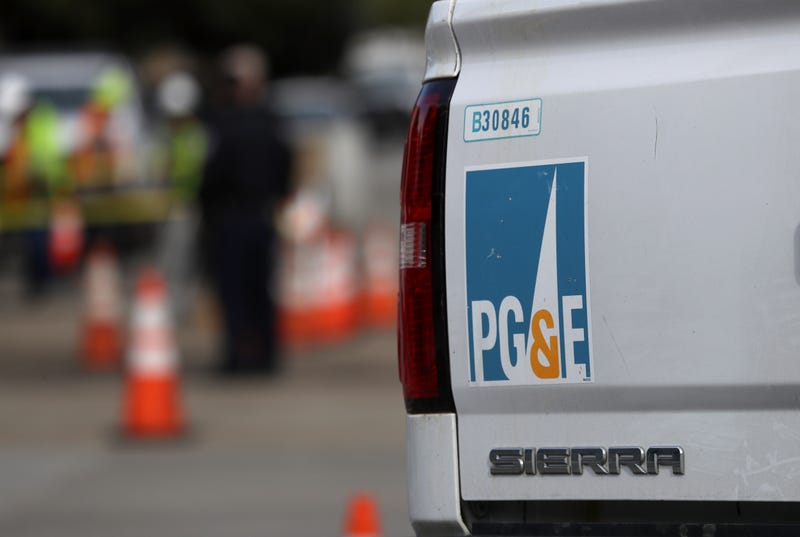 A Pacific Gas and Electric (PG&E) truck sits at the scene of a three-alarm fire that started after a construction crew hit a gas line on February 07, 2019 in San Francisco, California. Photo credit Justin Sullivan/Getty Images
By Marcus White, KCBS Radio

About 2,300 fewer PG&E customers in the Bay Area could be affected by Thursday's Public Safety Power Shutoff than expected.

PG&E said on Tuesday that "essentially all" of approximately 25,000 customers affected by this week’s earlier Public Safety Power Shutoff had their power restored. The utility said conditions for Thursday’s shutoff are expected "to be weaker" than earlier this week, but "critical fire weather conditions" remain in parts of the "elevated Bay Area."

Portions of Napa and Solano counties will be under a Red Flag Warning on Thursday, according to the National Weather Service.