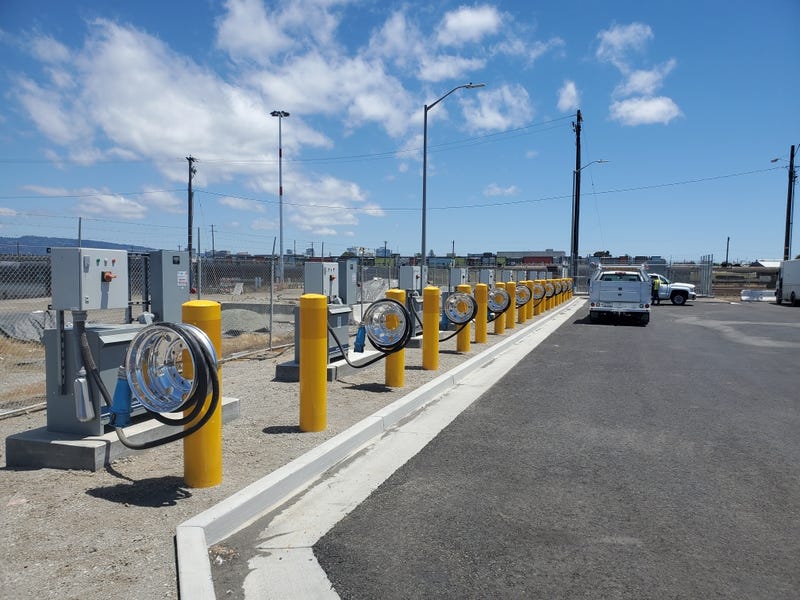 The Port of Oakland is getting a fleet of 10 new electric trucks as part of a new zero-emissions truck project. Photo credit Port of Oakland
By Dan Mitchinson and Lucy Fasano, KCBS Radio

The Port of Oakland is getting a fleet of 10 new electric trucks as part of a new zero-emissions truck project.

The funding for the trucks came from a California Air Resources Board grant, as part of a state program aiming to reduce emissions in freight facilities. The Port of Oakland has invested nearly $2 million to construct 10 electric charging stations at Shippers Transport Express, which operates out of the port.

The trucks themselves will cost $5 million apiece. With their bigger size, the trucks will require bigger batteries, which can be more expensive.

"We're just starting out on this journey," Glen Kenzie, energy and environmental affairs council at American Trucking Associations, told KCBS Radio on Wednesday. "So with any technology, the initial cost is gonna be quite substantial."

The vehicles' trips will be within the Port of Oakland. Data will be collected to measure emission reductions.

The trucks will also be monitored for how effectively they operate when hauling fully loaded containers, port officials said in a release.

"The problem is the more range that you seek out, the more batteries you will have to place in that truck," he said. "And there's a direct relationship between the weight of the batteries. So the longer the range, the more weight you're adding, which means less cargo you can haul."

The container trucks at the port will be limited to short distances and lighter cargo loads due to range and highway weight limitations, according to the port. 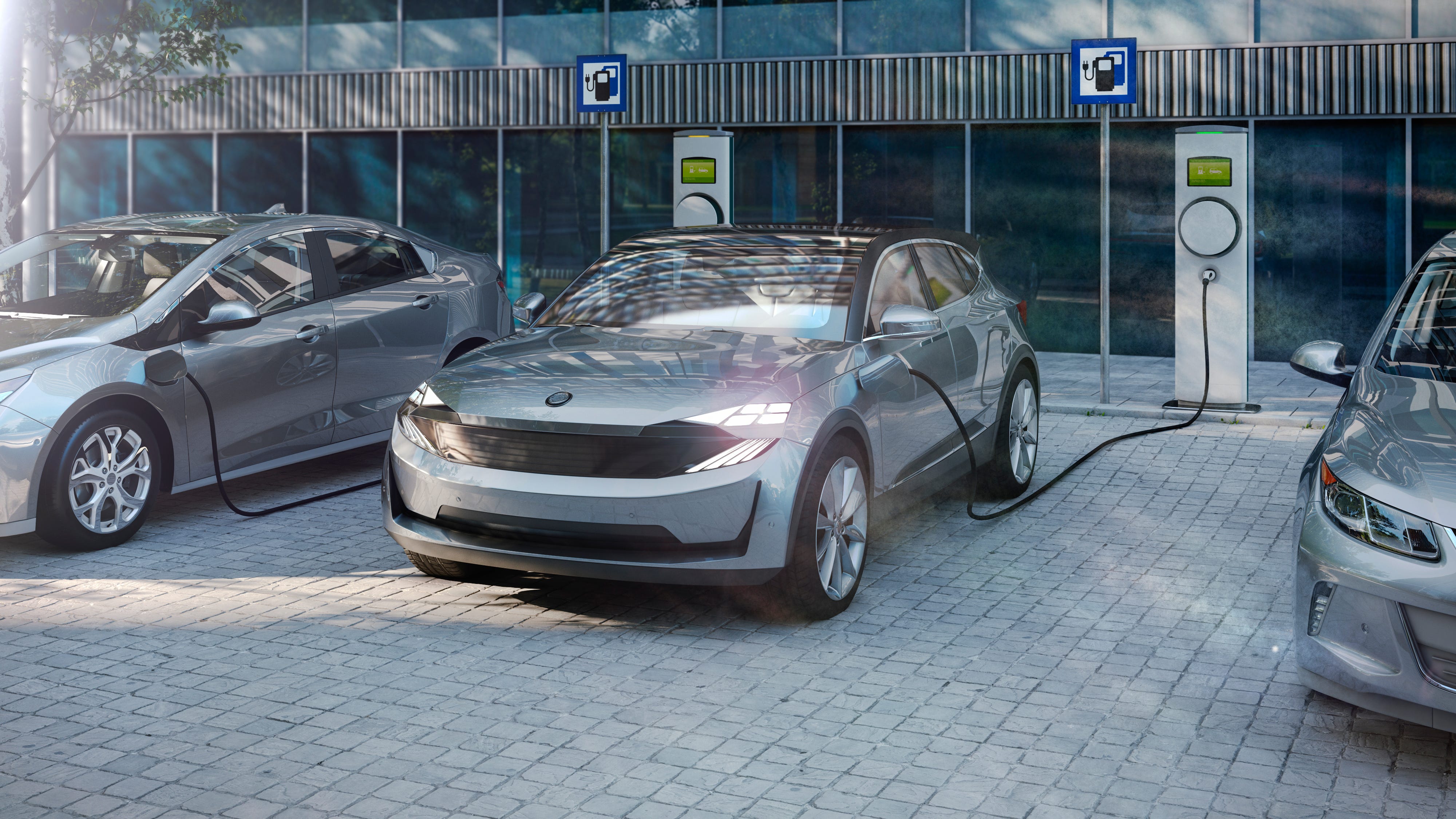