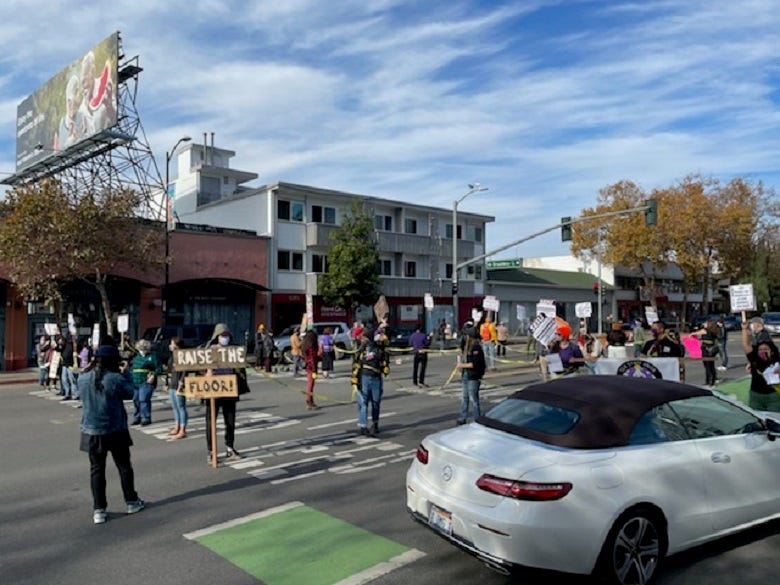 Dozens of student, staff and adjunct professors at the California College of the Arts blocked traffic outside the school Sunday in Oakland. Photo credit Matt Boone/KCBS Radio

Dozens of students, staff and adjunct professors at the California College of the Arts blocked traffic outside the school Sunday in Oakland.

Professors said the protest involved negotiations over coronavirus-related protections, which were stalled. Tied together by six feet of caution tape, the group of protesters walked into the intersection in front of the California College of the arts on Broadway.

Right now...staff and adjunct professors at California College of the Arts are blocking traffic at Broadway and Clifton St outside the school. They’re trying to draw the attention of the college president to agree to a new contract with COVID-19 safety measures. pic.twitter.com/SFlJ3REvrs

"We’re facing uncoorperative response from the administration," said Kseniya Makarova, an adjunct professor on the union bargaining team. "Our team has been developing our proposals for a year now, we’ve only had two bargaining sessions at the tail end of this and they’ve been unproductive."

Makarova said they have created proposals to answer many pressing questions.

"What happens if a faculty member gets sick? What is the process of their getting a substitute?" she questioned. "Can we increase access to health care for more adjunct faculty through the pandemic?"

But so far, none of those issues have been resolved.

Brian Karl, another professor, said while COVID-19 issues are important, he feels the issues go deeper.

"This is not a small issue - or even a small set of issues," Karl said. "It’s structural."

In a statement, Spokesperson Ann Wiens argued that the school and faculty made some headway, telling KCBS Radio that "tentative agreements have been reached on several points." She also said they will have another meeting in December. 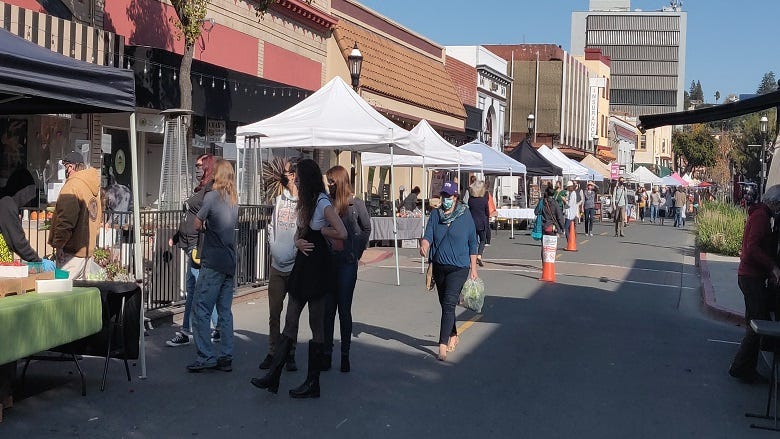