Protesters took to the streets in front of Mark Zuckerberg’s home to vent their anger over the torrent of online election misinformation that has flooded Facebook and other social media platforms this cycle.

Facebook took a number of steps to push back against misinformation on its site, including labeling false or misleading posts. 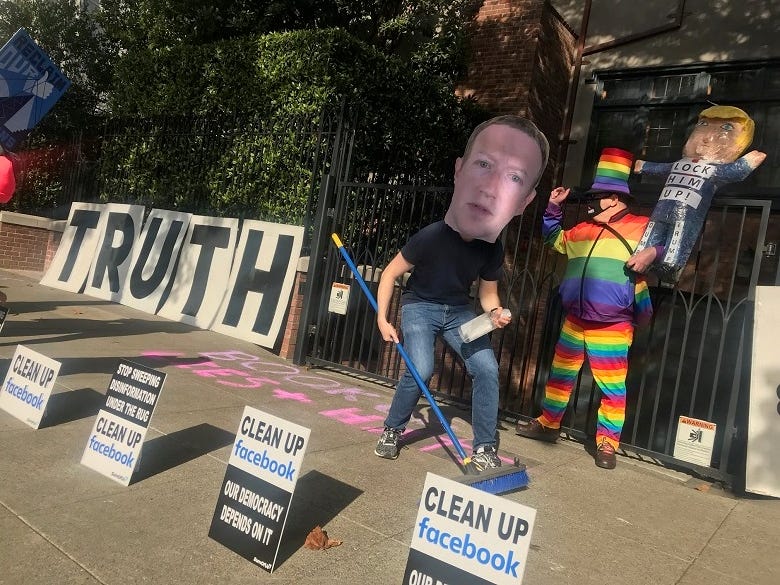 But organizer Ted Lewis pointed to data suggesting that misleading posts from the president remain the most-shared content on the site.

"That shows they haven’t been able to deal with this problem, and they’re helping to fracture society that way," Lewis said. Among the protesters’ demands, they said they would like to see the Zuckerberg name taken off San Francisco general hospital.