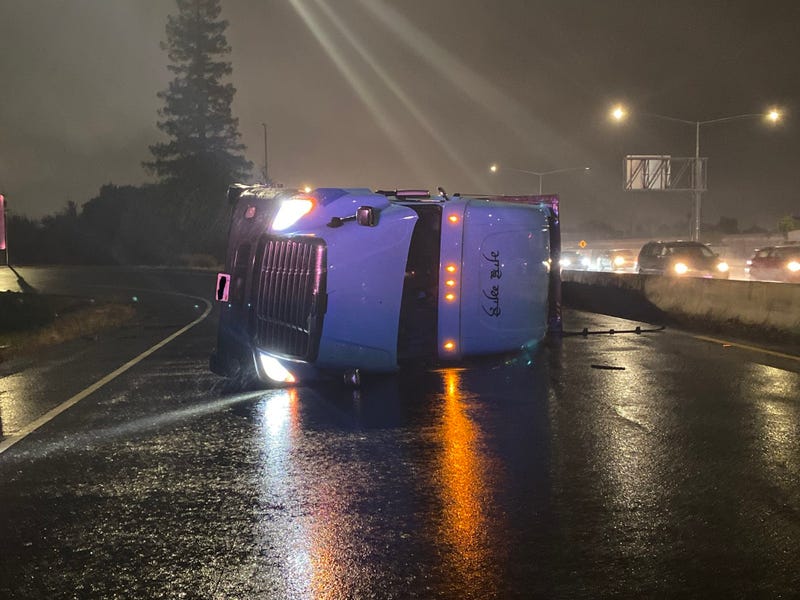 The much-needed rain has continued throughout the Bay Area into Friday morning, leading to various car accidents, traffic, and even in some cases, flooding.

According to the Hayward California Highway Patrol, there was only one driver, and they were not injured in the overturning. They are working with CalTrans to clear the area.

In San Francisco, MUNI was suffering delays due to a downed tree branch caught in the overhead lines, affecting the IB 5 Fulton line. The train is rerouting, and no stops will be missed, according to SFMTA.

A Caltrain station in Palo Alto lost power just after 7 a.m., according to a tweet by Caltrain, the power is expected to be back on by 10:30 a.m.

On the San Mateo Bridge, between Hayward and Foster City, a car stalled out around 6 a.m. going Westbound in the right lane.

There have been various other collisions in Daly City, San Carlos, Pacifica, and San Jose.

Flooding has impacted a few roadways as well. In San Francisco, the Geneva Avenue on-ramp to southbound Interstate 280 was deluged, and in Daly City, a couple of lanes on southbound I-280 at Serramonte Boulevard were sw