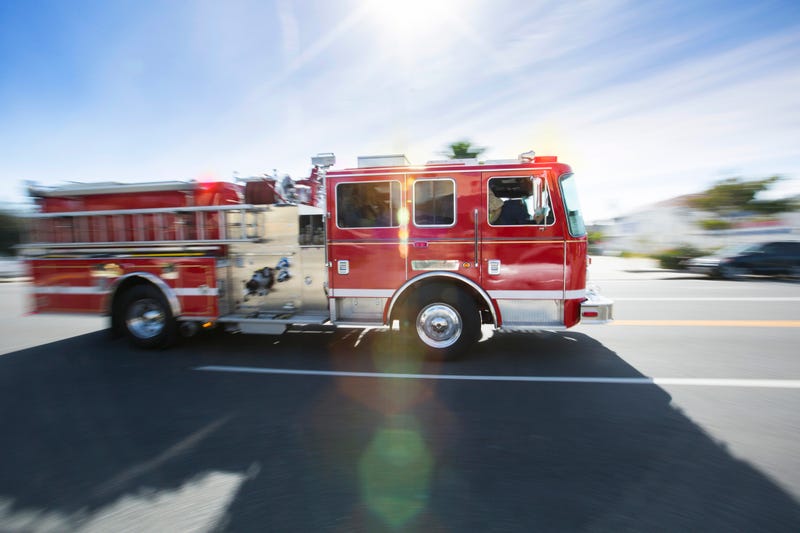 CAL FIRE crews are halfway to containing a 63-acre blaze that started burning in the North Bay on Monday afternoon. Photo credit MattGush/iStock/Getty Images Plus
By Marcus White, KCBS Radio

Sonoma County Sheriff's Office spokesperson Misti Wood told KCBS Radio on Tuesday that firefighters found a man on a piece of burning farming equipment when they responded to the Roblar Fire near Petaluma on Monday. Wood said firefighters couldn't determine the cause of the man's injuries before transporting him to a nearby hospital, where he later died.

Officials have yet to determine whether the man or the farming equipment started the fire, which burned 63 acres before it was fully contained on Monday night. Wood previously told KCBS Radio that night that it was "too early" to identify the victim or his cause of death.

No other people were injured and no structures were threatened as the blaze burned, according to officials.

Smoke could be seen and smelled as far as Santa Rosa after the Roblar Fire started burning at around 2:30 p.m. on Monday afternoon. The CAL FIRE Sonoma-Lake-Napa Unit initially said the fire had burned 30 acres along Roblar Road in Petaluma, updating its size at 4:17 p.m. when officials said it was 50% contained.

The Santa Rosa Police Department said on Monday that "hundreds" of residents had called 911 reporting the sight and smell of smoke.

Another fire burned elsewhere in the North Bay on Monday afternoon, as a blaze near Highway 101 in Novato caused significant traffic delays. Both fires followed a number of other blazes that have burned throughout the Bay Area during the first week of summer, as the region continues to contend with an historic statewide drought.