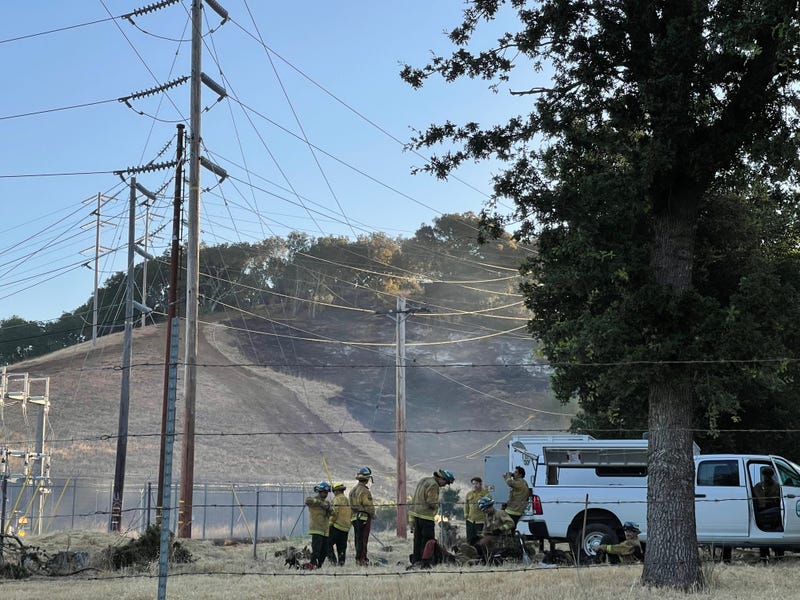 SAN FRANCISCO (KCBS RADIO) – A little more than a day after the Edgewood Fire started burning, firefighters have now contained almost all of it.

UPDATE: The #EdgewoodFire is now 80% contained. Here is the perimeter map. #CaWx pic.twitter.com/kwpn9vgC5T

Officials downgraded evacuation warnings to advisories on Wednesday morning, less than 24 hours after the Edgewood Fire and another blaze first burned in San Mateo County on Tuesday afternoon.

State and local officials said during a Tuesday night briefing that a fire near Colton Court in Redwood City had been contained, while a 25-acre, six-alarm blaze near Edgewood Drive and Crestview Drive in unincorporated San Mateo County continued to burn with no containment. CAL FIRE characterized the latter fire, also known as the Edgewood Fire, as a 20-acre blaze in subsequent reports.

Redwood City officials first received reports of the fires at 2:24 p.m. on Tuesday, with the latter starting near a PG&E substation.

As of Wednesday morning, crews had largely gotten a handle on the blaze.

6:30am UPDATE: The #EdgewoodFire is now 20% contained, and 20 acres. This is the current view of the fire from the end of Rocky Way in @sanmateoco. Thank you @calfireSCU & @calfireczu for sending Strike Teams. #MutualAid pic.twitter.com/Ga5u5lQ6g5

"Fortunately there was no wind, that could have been a different situation, but crews got in here, our firefighters got in here," said Cecile Juliette, with CAL FIRE San Mateo County. "Absolutely a commendable job."

"They really did everything they could to get their handle on it," she said.

Four firefighters so far have been injured in the effort.

"One of the biggest things that's hurting firefighters nowadays is the heat," CAL FIRE Battalion Chief Robert Simmons said. "Especially coming from areas where you're not used to the heat."

"And here, we have coastal influence so our firefighters aren't conditioned for the heat, they haven't been acclimated to the heat," he said.

San Mateo County Sheriff's officials initially issued evacuation orders in two areas of Redwood City and recommendations for another in Woodside due to the former blaze.

The latter blaze, meanwhile, prompted evacuation orders in the area surrounding Edgewood County Park and in Woodside near West Maple Way. Sheriff's officials said during Tuesday's briefing that evacuations had been completed, and they would reassess the need for more evacuations later on Tuesday night.

"It's burning in a north to northwesterly direction towards, really, Cañada Road as well as the areas just south of the town of Woodside proper," CAL FIRE San Mateo Division Deputy Chief Jonathan Cox said of the Edgewood Fire in a briefing on Tuesday night. "There's active structure defense going on in that area to actually protect structures."

Cox said there were "multiple large air tankers," among other "active aircraft," assisting with firefighting efforts, with more air resources being called in from elsewhere in the Bay Area.

T.J. Rodgers, co-owner and winemaker at Woodside's Clos de la Tech in one of the evacuation zones, told KCBS Radio's Jeff Bell and Patti Reising during an interview on Tuesday afternoon that he had seen multiple air drops of fire retardant. He said he heard a "big" explosion at around 2:45 p.m. which prompted a power outage.

"It was like a cannon going off, there were two of them," Rodgers recalled to the hosts. "Then the mushroom cloud went up."

There were power outages along the Peninsula, including on the Stanford University campus, following the fires. As of Wednesday afternoon, PG&E said more than 2,300 customers in San Mateo County were still without power. 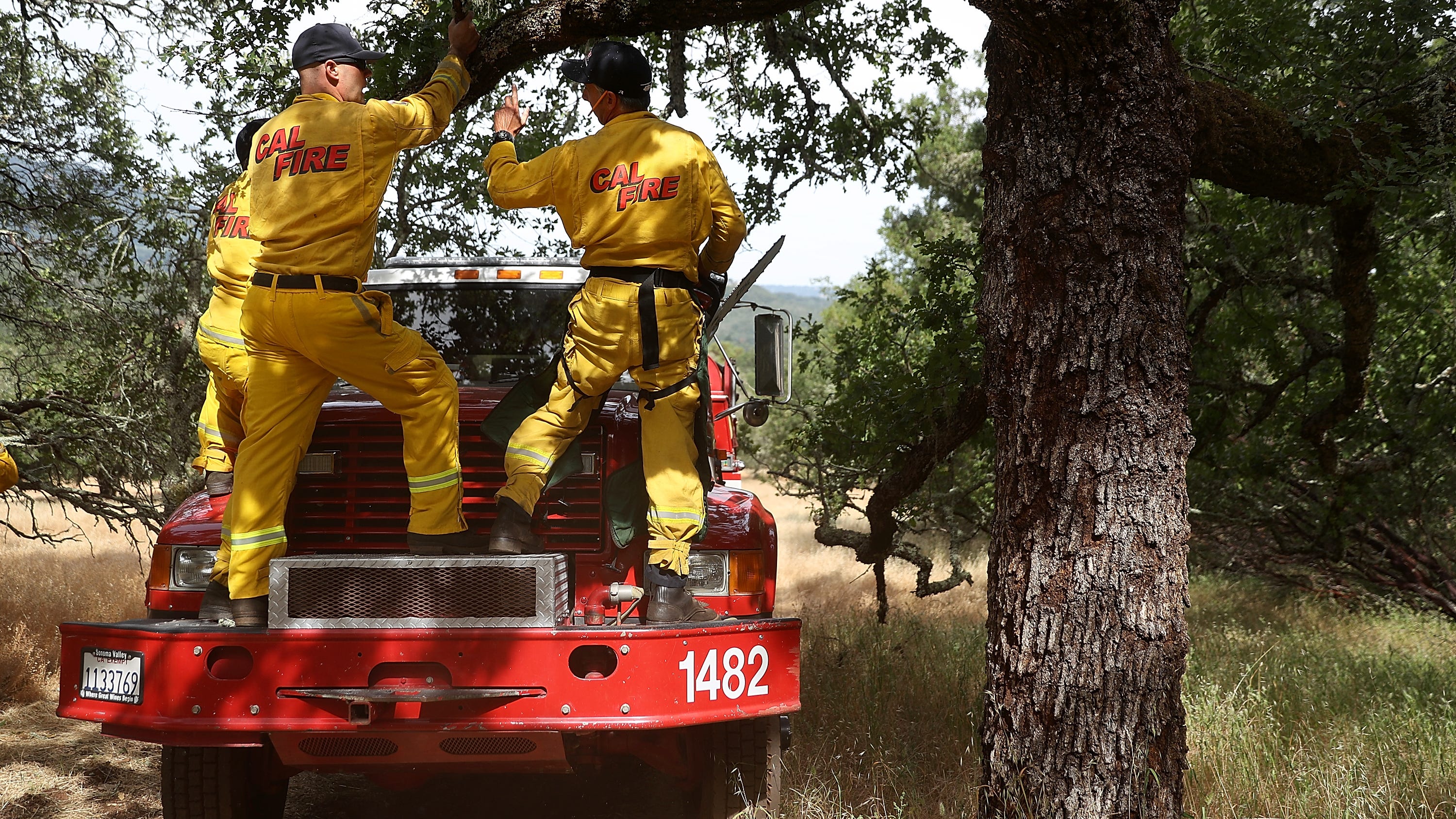