A group of gyms and fitness studios in San Francisco is calling on the city to release scientific data backing up reasoning for keeping them shuttered amid the ongoing COVID-19 crisis.

The San Francisco Independent Fitness Studio Coalition has filed legal paperwork seeking data and records "on which the Mayor and the Health Officer have based their orders to close fitness facilities in San Francisco, while allowing other businesses, including physical therapists - which essentially offer the same services as one-on-one personal training - to remain open at capacities well beyond what is allowed for gyms."

This is the second of such records requests they've made.

The coalition is made up of nearly 80 small studios of an estimated 150 gyms, fitness centers, training studios and martial arts facilities in San Francisco. 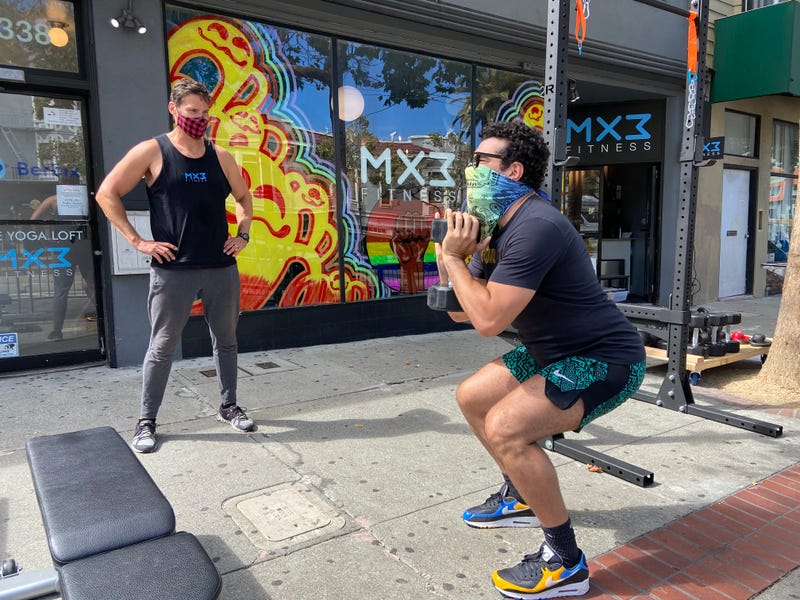 The group said it found "absolutely" no evidence of COVID-19 spread within its gyms through its own, independent study, which utilized member-reported cases and contact tracing between mid-September and December 7. Of 63,000 clients, just three confirmed COVID-19 cases were reported during that time.

"To date, we haven’t seen anything from the city," MX3 Fitness Co-Owner Dave Karraker told KCBS Radio on Wednesday. "The reason we’re asking for it is it gets us something to address. We don’t know how to fix the problem if we don’t know what the problem is."

"If they give us the science, we’ll come up with a solution that we can present to them and see if they go for it or not," he said of the group’s legal request. Karraker added that when asked to provide scientific data in the past, the city simply pointed to the state’s direction on closures without elaborating.

With San Francisco in the state's restrictive purple tier, gyms and fitness centers can only operate outdoors with modifications.