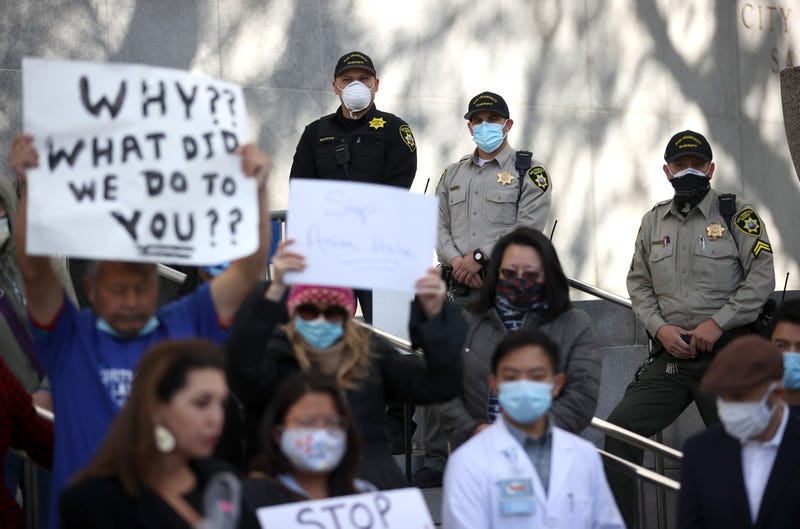 The arrests come amid a surge in crimes against Asian-Americans in the Bay Area.

The three incidents and the subsequent arrests are as follows:

On May 14 at a bus stop located at Geary Boulevard and Fillmore Street, a suspect pointed a gun at a 68-year-old Asian man in an attempt to steal his watch. Officers were called to the scene, but were unable to find the suspect. Seven days after the incident, police were able to locate and arrest 24-year-old Pete Vines for attempted robbery, elder abuse, and using a deadly weapon in the commission of an attempted felony.

Last Friday near Hickory and Gough Streets, an 83-year-old Asian woman had her purse snatched. After engaging in a “tug of war” with the suspect over the purse, the victim suffered non-life-threatening injuries and was treated at a local hospital. Officers arrived on the scene and detained 40-year-old Chistopher Nadon. He was arrested for attempted robbery, false imprisonment, elder abuse, kidnapping, and assault & battery.

Later that day near Sansome and Sutter Streets, a 65-year-old Asian woman had her tote bag and cell-phone stolen. Tenderloin officers noticed a man chasing after the perpetrator and were able to force him to the ground, retrieve the stolen items and return them to the victim. Officers arrested 31-year-old Ryan Preston for robbery, elder abuse, and possession of stolen property.

Police said the investigation into all three incidents remains ongoing.