Facing possible closure, a San Francisco landmark is turning to a GoFundMe campaign.

The legendary Twin Peaks Tavern stands at the corner of Market and Castro streets, the unofficial gateway to the Castro district.

The LGBTQ+ bar has stood for more than a century, becoming a crucial community gathering spot during the social upheaval of the 70’s when it is believed to have become the first gay bar in the nation to put up large, uncovered glass windows. The move allowed the bar to be upfront about its clientele, so that anyone passing by could look in.

The doors are now shuttered and signs plaster the windows asking the neighborhood to support them through the pandemic. 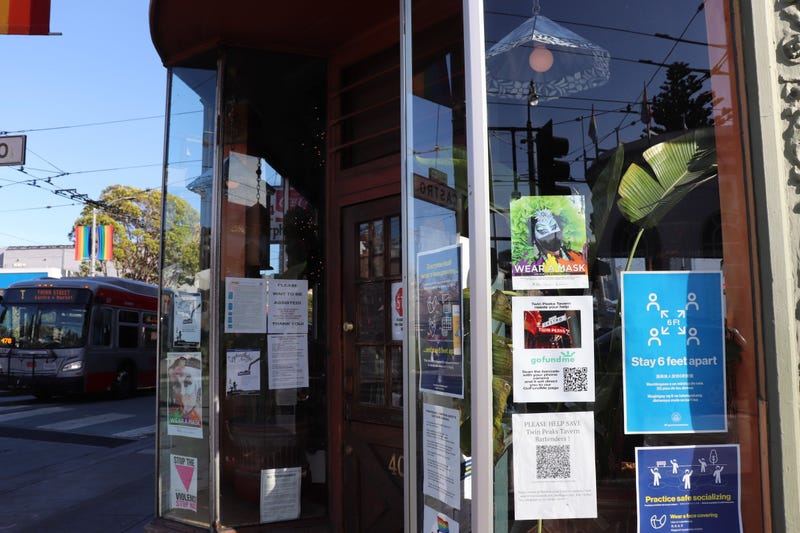 “I would really miss the Castro if they did not have these neighborhood bars like the café, Twin Peaks and Badlands,” said one resident. He has started a GoFundMe himself to help out a struggling friend, a move that has picked up in popularity because of the pandemic’s economic impact.

While the GoFundMe launched several months ago, the owners and staff have recently renewed the call for help to get through the winter.

“Unfortunately, the cost of remaining closed is taking a strenuous toll, and without an immediate infusion of funds, our doors will close for good,” reads the fundraiser. “It might feel easier for us to just give up. However, as the owners of this profoundly beloved historic landmark, we feel an obligation to fight for the place that means so much to so many. We are asking you to reach into your pockets and give anything you can to save what is simply an irreplaceable institution in San Francisco.”

The bar became a San Francisco city landmark in 2013.