To the surprise of many, a letter from President Donald Trump keeps showing up in food boxes distributed around the Bay Area.

First, the letters were seen in the City of Hayward. Now, it’s Oakland schools.

The letter looks like it comes on White House stationery, is signed by the president and it looks to take credit for the boxes of fresh produce, dairy and meat. An estimated 700 boxes went out last week in Hayward before officials discovered the letter and apologized, removing the remaining letters so they wouldn't be perceived as endorsing a candidate so close to the election.

The Oakland Unified School District said its families discovered a similar message in the boxes handed out at its twice-weekly distribution sites.

District Spokesman John Sasaki told KCBS Radio that given the president's tough immigration policies, the district wants to make sure needy families aren't driven away by the federal messaging.

"That food will continue," Sasaki said. "You might find an errant letter in one of these boxes, it’s possible. You may have found it last Thursday and (thought) 'What’s going on? Why is this in my box?' I don’t know that most of our families really want to hear from the president right now. Certainly not when they’re struggling through all of this." 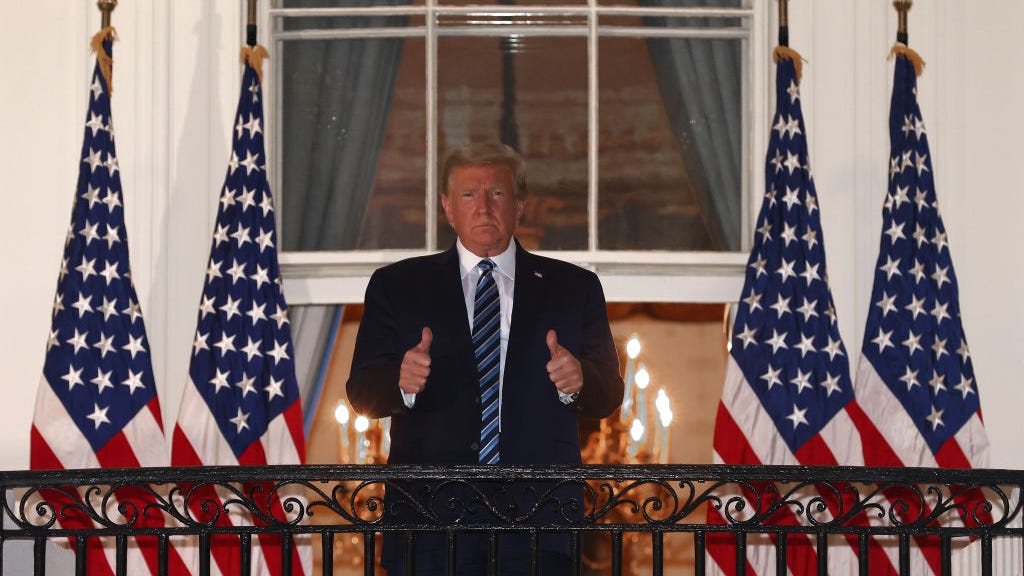 The boxes came from the Alameda County Community Food Bank, which expects to get another 24,000 boxes with letters inside. They plan to remove the president's letters and include a reminder of the nonprofit agency's non-partisan stance.

The letters found in Hayward were in boxes distributed at Chabot College.

Similar letters have been reported at food banks across the country.