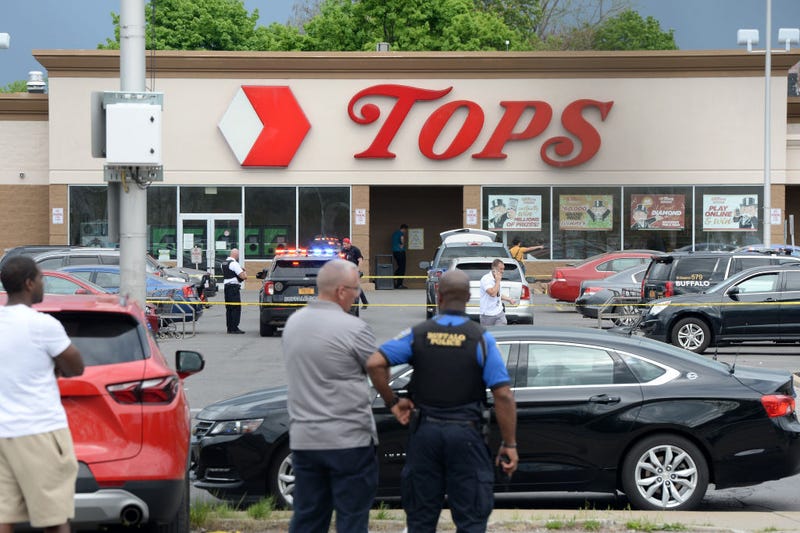 Is there a nefarious plot to “replace” Caucasians in America with people of other ethnicities?

As silly or nonsensical as that sentence may come across to some, it is frighteningly gaining traction among racist and white supremacist groups across the country.

And while those who believe it may lie on the fringes of society, this weekend’s mass shooting in Buffalo, N.Y., showed that the fringes can make their voices heard in shockingly violent ways.

The shooter, who killed 10 people doing their weekend grocery shopping at a supermarket, made no attempt to hide the racist motivations behind his violent act, scrawling a racist slur on his instrument of destruction and allegedly posting a rambling, cobbled-together manifesto online as a way of explaining his reasoning for taking the lives of Black people he had apparently never met.

That manifesto heavily references the Great Replacement Theory. So what is it?

First of all, it’s not exactly new. Footage of the white supremacist march in Charlottesville, Va., in 2017 shows the crowd chanting, “You will not replace us.” In the simplest terms, it is the idea that the influence of white people in the United States is being purposefully and deliberately diminished by the influx of minorities.

Some adherents believe the Democrats are spearheading the movement by supporting increased immigration from Latin America. Others simply point to the lower birthrate among white people in the U.S. as opposed to minorities whose numbers continue to climb.

But while racist whites have feared their place as the majority in America was under attack for decades, it was only recently that the idea coalesced under a fancy new moniker: A book by Frenchman Renaud Camus released in 2012 talked about Black immigrants from Africa making new lives for themselves in Europe.

The book was titled “Le Grand Remplacement.” You can probably figure out the English translation.

And while not every right-wing voter is ready to embrace the racist rhetoric, the idea of no longer being the majority race in one’s home country being a reason for fear is beginning to resonate. According to a poll released last week by The Associated Press and the NORC Center for Public Affairs Research, 1 in 3 Americans believe there is an effort to replace American-born voters with naturalized, voter-eligible immigrants for political purposes.

Not surprising when you consider the idea has found its way to a relatively influential mouthpiece.

“I know that the left and all the gatekeepers on Twitter become literally hysterical if you use the term ‘replacement,’ if you suggest the Democratic Party is trying to replace the current electorate, the voters now casting ballots, with new people, more obedient voters from the Third World,” Fox News host Tucker Carlson on a 2021 episode of his nightly program. “But they become hysterical because that's what's happening, actually, let's just say it. That's true.”

A study by the New York Times has found Carlson to be a rather reliable proponent of the idea that Democrats will use new voters created by immigration to swing the electorate: They documented him discussing the idea 400 times over the course of five years’ worth of episodes.

In an effort to distance Carlson from the Buffalo massacre, Fox News has pointed out numerous times Carlson denounced politically-motivated violence, but he hasn’t stepped back as of yet from his attempts to elevate the idea to a more mainstream talking point.

And the Associated Press/NORC poll shows that pill is becoming easier and easier for some Americans to swallow. The question remains whether that rabbit hole will lead to more acts of violence.