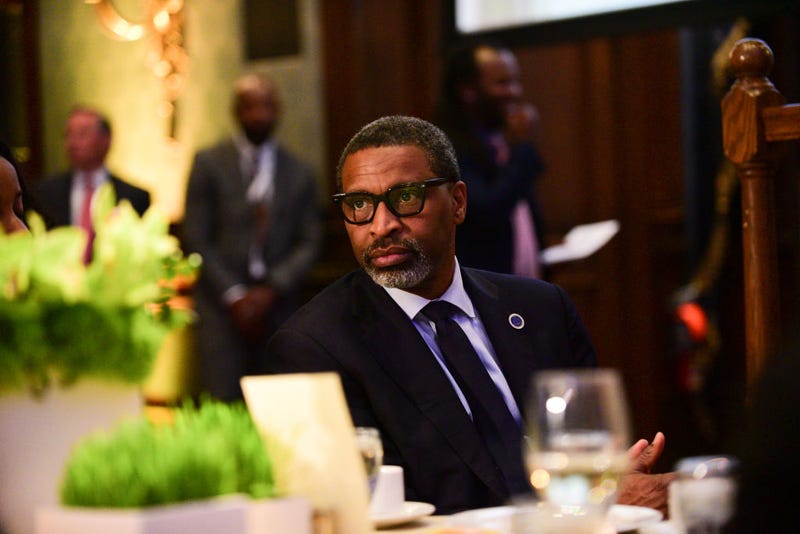 Derrick Johnson, President and CEO of the NAACP attends the PGA Works Beyond The Green at Union League on April 30, 2022 in Philadelphia, Pennsylvania. Photo credit Lisa Lake/Getty Images for PGD Global
By Joe Hiti, Audacy

SAN FRANCISCO (KCBS RADIO) – Following the return of former President Donald Trump’s Twitter account on Sunday, organizations have called for companies to stop advertising on the platform, one of them being the NAACP.

The President and CEO of the civil rights group, Derrick Johnson, has spoken out against Twitter owner Elon Musk’s decision to allow Trump back on the site. The decision was made after a poll on Musk’s private account voted to do so.

Following the move, Johnson took to Twitter, saying that advertisers should “immediately pause” their advertising on the site. He then released a statement going further into his call to action.

“In Elon Musk’s Twittersphere, you can incite an insurrection at the U.S. Capitol, which led to the deaths of multiple people, and still be allowed to spew hate speech and violent conspiracies on his platform,” Johnson said in a statement.

After the poll, Musk shared that “the people have spoken,” adding the famous Latin phrase “Vox Populi, Vox Dei.”

The people have spoken.

Trump will be reinstated.

While Musk claimed his decision was from “the people,” Johnson argued that “using garbage polls” does not “represent the American people and the needs of our democracy, God help us all.”

While many are upset with the decision from Musk, Trump continues to say that he has no plans to tweet again.

“I don’t see any reason for it. They have a lot of problems at Twitter. You see what’s going on. It may make it, it may not make it,” Trump said while speaking at the Republican Jewish Coalition’s annual leadership meeting.