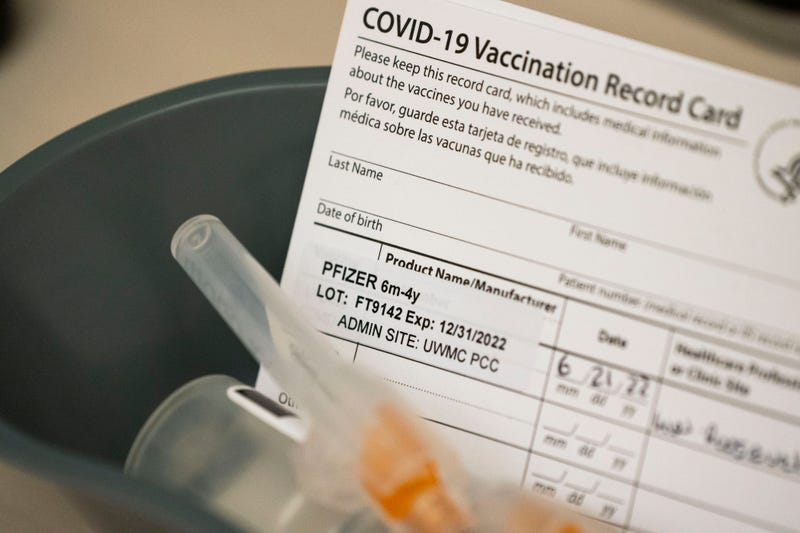 SAN FRANCISCO (KCBS RADIO) – A new poll shows that nearly 45% of parents of children under 5 years old won't vaccinate them against COVID-19.

In the Kaiser Family Foundation's July Vaccine Monitor Survey published Tuesday, 43% of parents who responded said they would "definitely not" vaccinate their children. Identical percentages of unvaccinated and Republican or Republican-leaning parents – 64% – said they wouldn’t get their kids vaccinated.

Nineteen percent of respondents said they wouldn’t because the vaccines were too new or not tested enough, while 14% were worried about side effects and 13% had safety concerns.

."The reason why these vaccines have taken so long to approve in the younger population, including our most young, is because the system is working," David Martinez, a University of North Carolina immunologist who studies immune responses to COVID-19 shots, said Tuesday on KCBS Radio's "Ask An Expert." "These vaccines have been rigorously evaluated by a panel of experts, vaccine experts and third parties that have no relation to the pharmaceutical companies."

Hesitancy in the Kaiser survey was even high among vaccinated parents, with 27% saying they would "definitely not" vaccinate their young children. Fifty-three percent of parents with young children said they believe the COVID-19 vaccine poses a greater risk to their kids’ health than an infection, while 67% of parents whose children have already been infected said the same.

Martinez stressed on Tuesday that the shots are safe for young children, and the side effects are common across age groups.