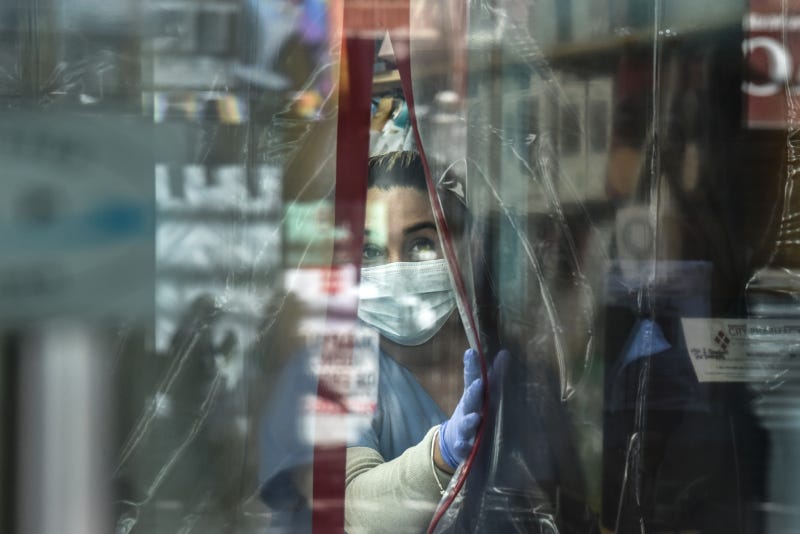 A pharmacist works while wearing personal protective equipment in the Elmhurst neighborhood on April 1, 2020 in New York City. With more than 75,000 confirmed cases of COVID-19 and more than 1,000 deaths, New York City has become the epicenter of the outbreak in the United States. Photo credit Getty Images
By Mike DeWald, KCBS Radio

As part of the national "I'm Listening" campaign, KCBS Radio is bringing you stories of mental health struggles and resilience this week from here in the Bay Area. Our series continues with a perspective on the COVID-19 pandemic from medical professionals.

SAN FRANCISCO (KCBS RADIO) – The pandemic has had a major toll, not only on the physical health of millions of Americans, but on the mental health of the medical workers who dedicate their lives to care for them.

Physicians and nurses die by suicide at two times the rate of the general population. It's a mental health emergency that many in the healthcare industry are still working to fix.

"It's not a lot of training that we get in nursing school on how to deal with very distraught patients and very distraught family members," Nerissa Black, a registered nurse in Southern California, told KCBS Radio.

She said the job is all about balance — the worst days are balanced by patients recovering and going home to happy families. However, the pandemic tipped the scales.

Already faced with short staffing, a change in state-wide staffing ratios meant Black was treating more patients in less time, even as surges ramped up.

Amid the height of the pandemic, Black hit a tipping point when she and another nurse were solely treating 14 patients at a time. "I told my coworkers that if that happens again I'm just going to refuse the assignment and I'm just going to quit, I'm going to stop because I couldn't do it," she said.

Her own moral injury was too much to bear, leading her to realize it was time for a change. She stepped away from the job for her own wellbeing and sought support.

Moral injury is a term more frequently being used by healthcare professionals to describe their anguish that’s similar to PTSD. It's defined as the social and psychological trauma that arises from the betrayal of one's core values. Almost two thirds of nurses and nearly half of doctors say they've experienced moral injury while battling COVID-19.

He has treated physicians and nurses for what he calls significant psychiatric symptoms tied to the pandemic. "Hopelessness, fair amount of suicidal ideation at times," Nicholas said.

As a coping mechanism, many try to simply push through. "A lot of them, my impression is that they're suffering in silence," he said, explaining it's about more than just burnout. The issues of moral injury are deeply rooted.

"They feel let down by society, the system and there's all sorts of deep, difficult emotion occurring — fear, shame, 'I wasn't good enough,'" he explained.

Nicholas worries that a rapidly changing medical system forces the mental health conversation back into the shadows. "Physicians and other healthcare workers don't seek mental health treatment because they're afraid of that someway jeopardizing their career or they're going to be punished for it," he said.

While the worst of the pandemic may be behind us, Nerissa Black explained that the psychological toll lingers on. "You see the fire is gone and it’s hard to see that because you work with great people. The nurses that I work with are wonderful human beings. They're caring and when their light is off it’s hard to see," she said tearfully.

After working with a psychiatrist and getting some support from her family, Black returned to the field in a different role with a more manageable number of patients. "I appreciate the kind of support that I have and I appreciate that I know when to seek help," she said.

Nurses across the Bay Area have taken to the picket line to highlight the mental health challenges they're facing, in part due to short staffing. "I'm still fighting for our staff to get the support that they need," Black said. 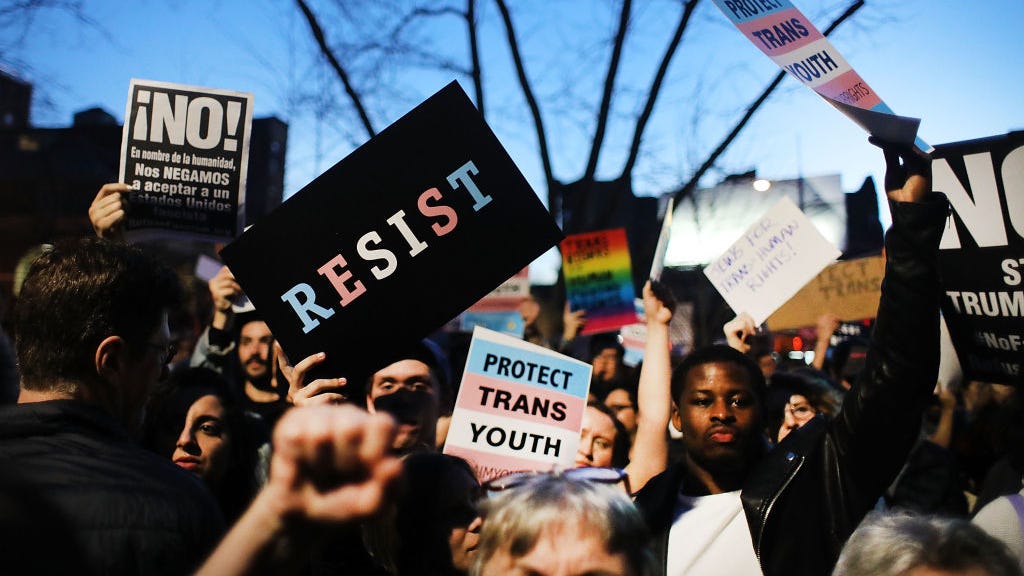 Queer anxiety: The LGBTQIA+ community feels a target on their backs