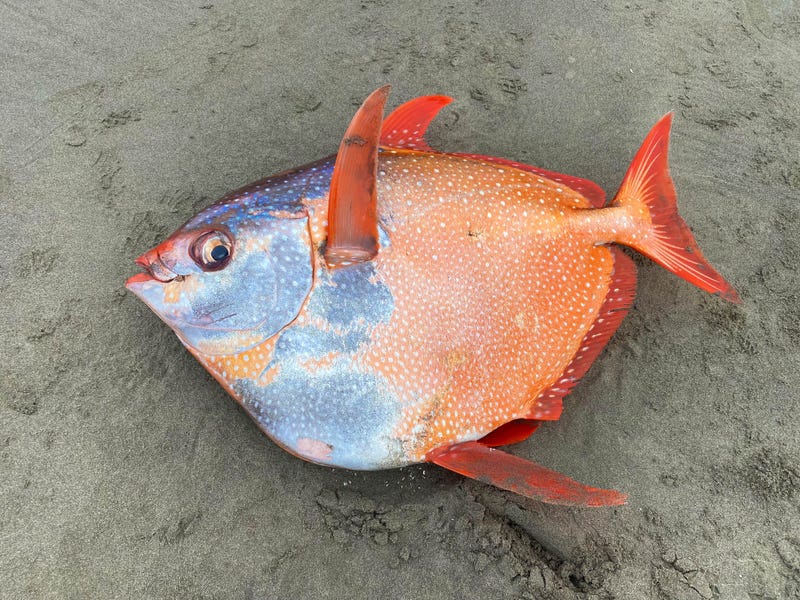 The 3 and ½ foot and 100 pound Opah fish was recovered by Seaside Aquarium on Wednesday morning after drifting onto Sunset Beach, located on the Northern Oregon coast.

“(The fish) created quite the stir at the Aquarium, where folks were encouraged to come take a look at this beautiful and odd looking fish,” the aquarium wrote in a Facebook post.

A large fish, rare to the Oregon Coast, was found on Sunset Beach this morning. The 3.5 foot, 100 lbs Opah was reported...

The rare fish was a mix of silver and orange scales with large eyes featuring specs of gold.

Tiffany Boothe, assistant manager at the aquarium in the small beach community of Seaside, told SFGATE that it was found in "great condition, meaning it was close to shore when it died."

The Opah, also known as a moonfish, will be frozen by the aquarium until the next school year starts, when a local school group will be able to dissect the large fish.

"Not a lot is known about these beautiful fish, so anything we can learn will be beneficial," Boothe said.

While rare to spot an Opah that far north, it is not completely unheard of according to the aquarium. There were reports of one found 37 miles off the Columbia River North in 2009.

Heidi Dewar, a research biologist with National Oceanic and Atmospheric Administration (NOAA) Fisheries, speculated to the website that the incident could have been due to climate change, since rising ocean temperatures are causing some marine organisms to move northward.

The fish, which can grow to over six feet and 600 pounds, live in the open ocean in tropical and temperate waters. 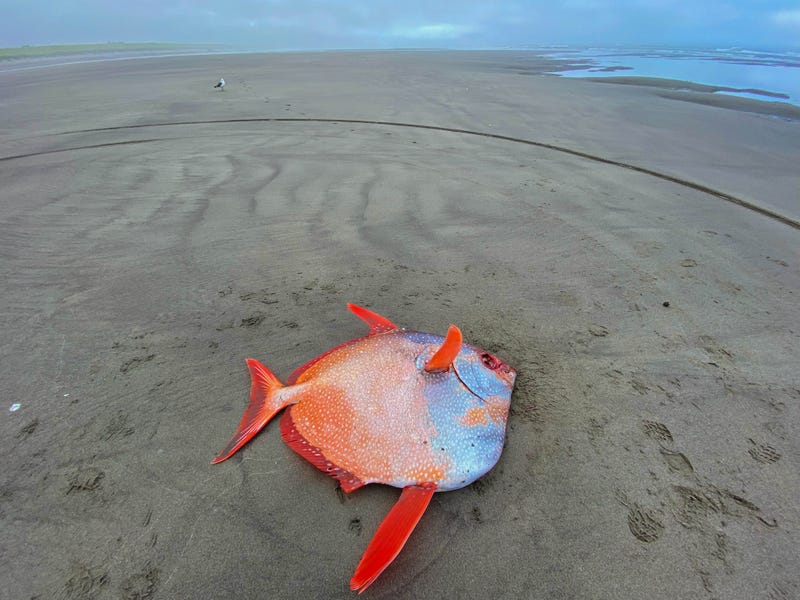 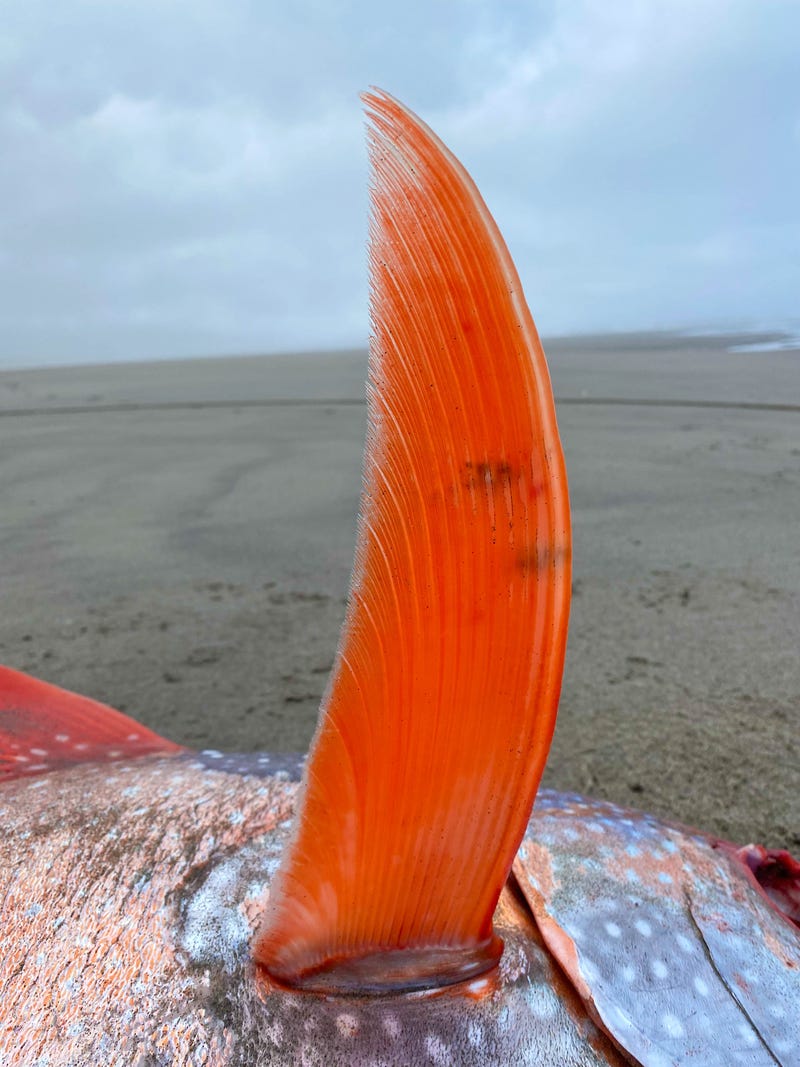 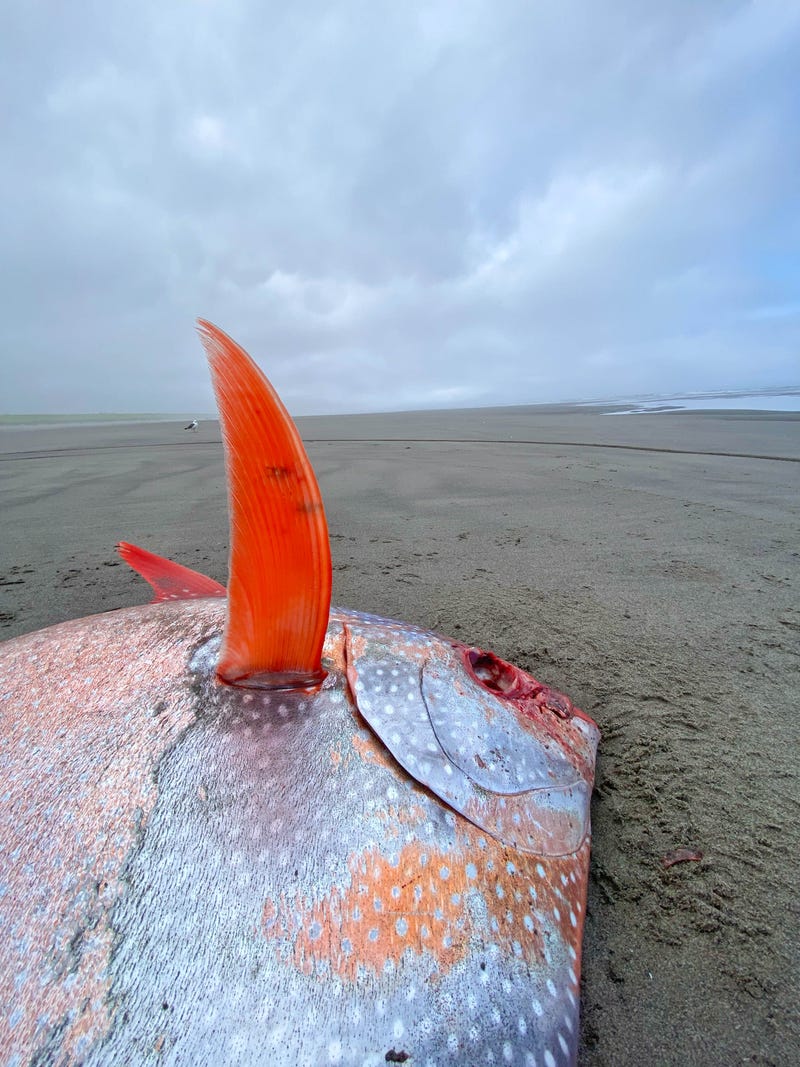 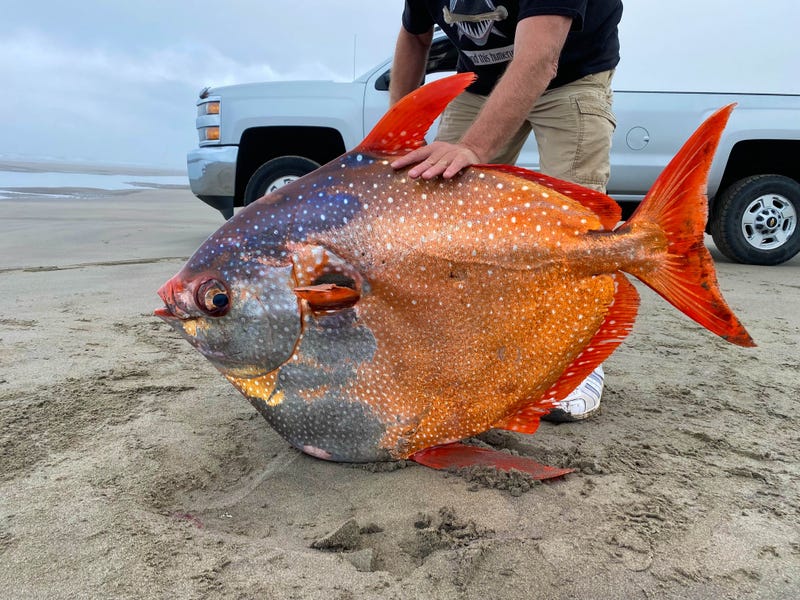